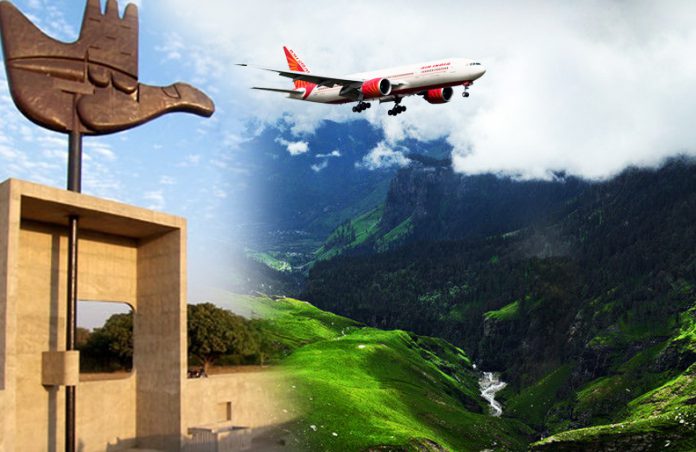 Giving us the much-needed relief from the present exams trauma, Air India has decided to start daily flight to Kullu from Chandigarh international airport from March 27 (summer schedule). Taking from from Delhi, the flight will stop at Chandigarh Airport for 40 minutes and they fly to the Bhuntar Airport (near Kullu).

This will be first flight to Kullu from Chandigarh and a one-way ticket will cost Rs 4,500. The flight time will be 45 minutes.

“Tentatively, the flight will start in morning from Delhi and will reach Chandigarh airport at 9.30am. From Kullu, it will start at 11.30am. We hope to get a good response,” said an Air India official. The final timings will be announced in a day or two, he added.

■ Arrival at Chandigarh airport from Delhi 9.30am

■ Departure for Kullu airport 10.10am

Flights included in the recent past

Recently, Chandigarh Airport has been increasing its connectivity to places in India and some of the exotic international destinations have also been added. For instance, now we can fly directly to Dubai, Sharjah, Mumbai, Pune, Bangalore, Delhi, Leh, Singapore, Chennai, Hyderabad among others. We don’t need to travel 250 km to reach Delhi to board our flight to our destination.

Soon, we can travel to Goa, Abu Dhabi, Bangkok too.

Book in your tickets and de-stress yourself in the splendor of Kullu-Manali!

Fly Directly to Bangkok from Chandigarh This Summer