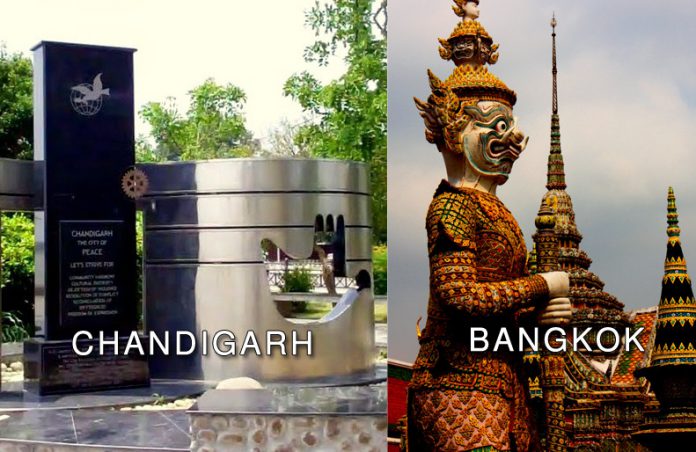 During this summer vacation, plan a holiday in Bangkok.

Air India has decided to fly flights between Chandigarh and Bangkok for four days in a week from May onwards. The flight schedule though is yet to be finalised.

However, as planned earlier, Air India is yet to take a final call about starting of flights connecting Chandigarh and Singapore.

The information was divulged by Air India in the ongoing case before Punjab and Haryana High court on public interest litigation filed by the Mohali Industries Association.

What Air India is planning to do to make Chandigarh Airport more passenger friendly?

Land acquisition for parallel runway : A Central government’s high-level’s meeting is scheduled to decide on the matter and sort out all the outstanding issues pending till now. The new parallel runway will be CAT-III Instrument Landing System-compliant and will be used for military as well as civil operations.

WiFi Facility: BSNL had completed all formalities to install WiFi facility at Chandigarh airport and the formal award letter would be issued by the Chandigarh International Airport Limited (CHIAL) within three days.
Restaurant: A restaurant is going to start operations within 10 days after
ATM: SBI is going to establish ATM in the departure area within a week and some other banks are expected to give their consent.
Duty Free Shop: Tender for the duty free shop would be uploaded on website by February 25.
Regarding the similar PIL filed by the Amritsar Vikas Manch seeking resumption of non-stop international Air India flights from Amritsar International Airport to London, Birmingham and other countries, the court directed Air India to file reply as to why the international flights cannot take off from Delhi to land in Amritsar and then take off directly for international destinations.

Chandigarh to Delhi Daily Flights to Increase From 8 to 15