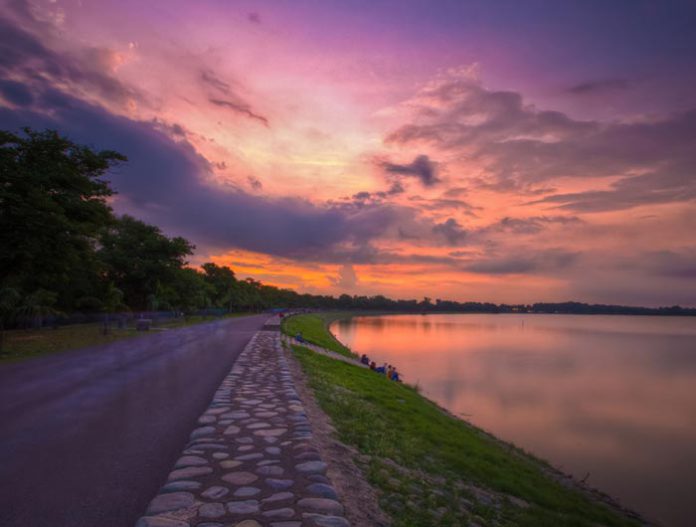 Chandigarh mercury has started soaring and water level of Sukhna lake has begun dropping again this year.
Two weeks back, the water level was recorded 1157.40 feet and now it has gone below 1157 feet mark. It is further dreaded to drop as no change in weather is predicted any soon.

Earlier last year, on the directions of Punjab and Haryana high court Chandigarh administration pumped 20 million gallons of water per day (MGD) of potable water daily into the lake from January 30 to February 28 last year.

Fortunately, then the city received a hearty rainfall during monsoons which pushed the water level of Sukhna Lake to highest-ever recorded in recent years. The highest level in recent years was 1,161.9 feet recorded in September 2017. Resultingly, the engineering department did not use water of tubewells to fill the man-made lake during the winter.

The lake originally had the storage capacity of 10.47 million cubic metre (mcm). However, between 1958 and 1962, heavy silting took a toll on it and it lost more than 20% of its capacity. In 2009, the high court took suo motu notice of the depletion in water level and since then had been monitoring the case.
The administration is working on hiring a technical expert for finding solutions to save the lake from drying.