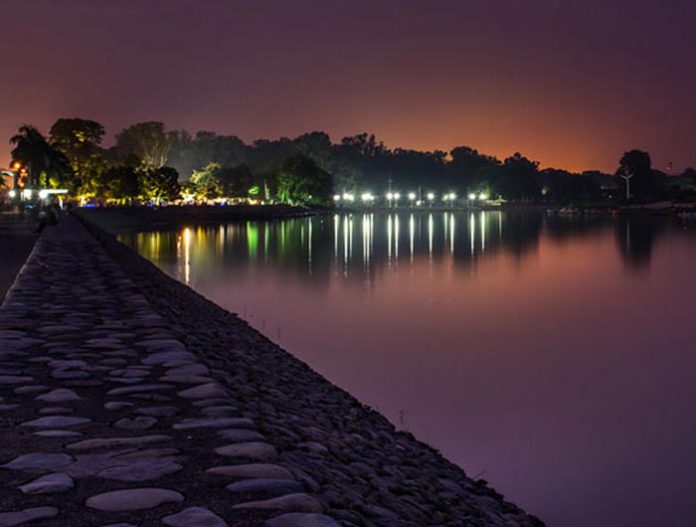 Sukhna lake has always been our favorite place in the tricity for all moods, be it feeling like having good time with family and friends or just with nature, or for a refreshing time to rejuvenate oneself, nothing has beaten the solace of the place. But in a recently concluded TOI Environment Conference, 2018, a noted environmentalist and Stockholm Water Prize awardee Rajendra Singh made a statement which has left the experts and common man equally concerned and awe-struck. He said Sukhna Lake is dead for all practical purposes.

It was no sensational observation for the sake of it for Rajendra Singh did explain the symptoms which has led him to make such a grim diagnosis of Sukhna lake. He said that when the water-holding and water-regenerating capacity of a water body or lake is minimised, it is considered dead in scientific terms.

“Since, it is a man-made lake, the process of connecting it to the environment and restoring it to its former glory is very simple.”

Elucidating further he said that the catchment area of Sukhna Lake is very sensitive and the department of forest, UT is not able to understand this. “There is a reason for its water level going down. Since, it is a man-made lake, the process of connecting it to the environment and restoring it to its former glory is very simple, but we need to understand certain scientific steps to understand its requirements, which will not happen merely through an engineering approach,” he added.

He pointed out increasing silt on the lake bed as the cause which is coming down through erosion. Therefore, he highlighted the need for de-silting of the lake to increase its water-holding and recharging capacity.

“Over time and due to the lack of regular efforts at desilting, silt comes down through erosion. It has been accumulating on the lake bed in large quantities. This should be removed by making 15 to 20 desilting channels inside the lake bed while understanding the mapping of its vertical but confined fractures, along with horizontal but unconfined fractures. This will help lake water seep into the underground acufers along with the sub-surface acufers, which will help the lake to reserve water to be used during dry spells. This is the part of the lake that needs to be sustained. But we have to do it carefully to protect the biodiversity of the lake,” explained Singh.