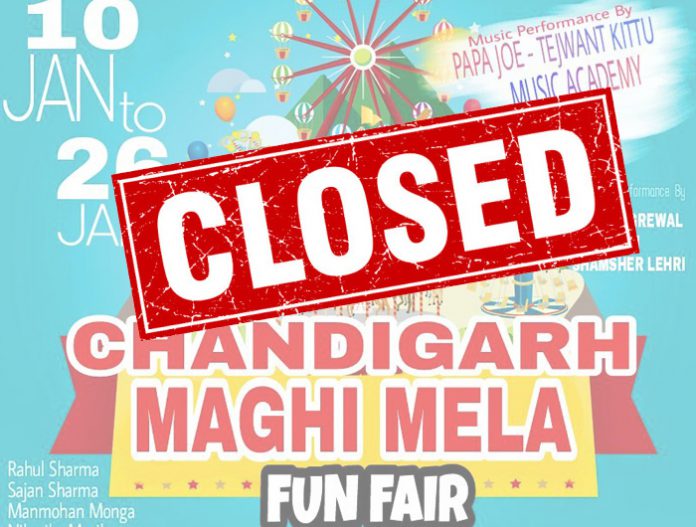 The ongoing Maghi Mela has been shut down midway. The Mela was scheduled to end on January 26, but the UT Administration and Chandigarh Police late closed it down on Friday night.

Why Maghi Mela was shut down?

The office of the UT Deputy Commissioner has withdrawn the permission given to the event. Earlier the office was not aware of the fact the Maghi Mela organisers had not taken any clearance from the fire department and there were no arrangements for fire safety at the venue. Keeping this in consideration, the No Objection Certificate (NOC) issued earlier has been revoked.

The permission had been withdrawn since January 15 but the fair continued unabated without any fire safety equipment despite the order copies were sent to the UT Senior Superintendent of Police and the Chief Fire Officer, who is the Additional Commissioner of the Municipal Corporation.

However, as soon as the notice came to UT SSP’s notice, swift action was taken.

The DC order says, “You are hereby informed that the permission granted to you has been withdrawn due to non-compliance of fire safety arrangements that is thatched roof of stalls, non-availability of fire safety measurements, inadequate gate size which may hinder the movement of fire vehicles, as informed by station fire officer Manimajra.”

“We have made all kinds of fire safety arrangements”

The Maghi Mela organisers say, “We don’t know anything about the fact that permission has been withdrawn. We have made all kinds of fire safety arrangements. If we have to wind up in this manner, we will suffer huge losses. We were expecting a huge crowd during the weekend.” With the mela shutting down before scheduled, the organisers say the losses will be to the amount of Rs. 17 lakh.

The Maghi Mela kicked off at Kalagram on January 10 with Rajasthani and Punjabi culture as its backdrop theme. Chandigarh had never seen any particular celebrations or fair related to Lohri or Makar Sanskranti (Maghi), the pioneering efforts of organisers were appreciated by all. The fair was slated to conclude on January 26.