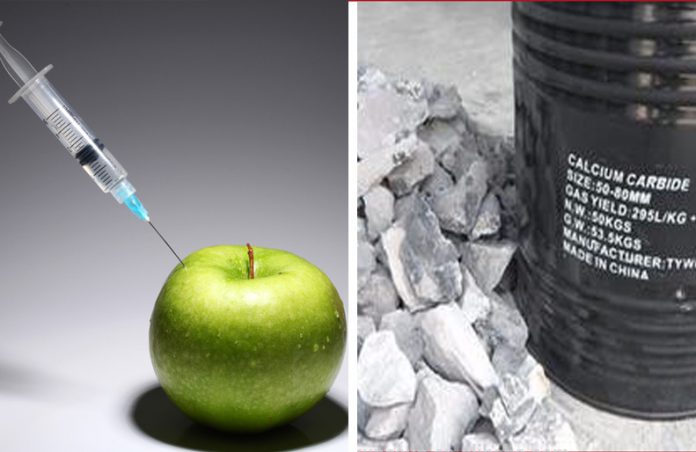 Are you eating vegetable and fruits with carcinogenics (cancer causing chemicals)?

In a recent raid at Sector 26 the fruit and vegetable market in Sector 26, administration’s Health and Police team found rampant use of calcium carbide, a dangerous carcinogenic for artificial ripening of fruits. The team also found Chinese packets of the ethylene, which were used for the ripening of the mangoes.

During the surprise check, several vendors were caught using the banned chemical. Payayas were ripened in trucks behind the shops.

Samples have been sent to laboratory to check whether chemicals are used beyond permissible limit. Fruits were seized and approximately, five quintals of the papaya, ripened by calcium carbide, was destroyed by the team.

Consumers are advised to observe the following when buying fruits;

Don't Eat Litchis Empty Stomach and Go To Sleep. It Is LETHAL