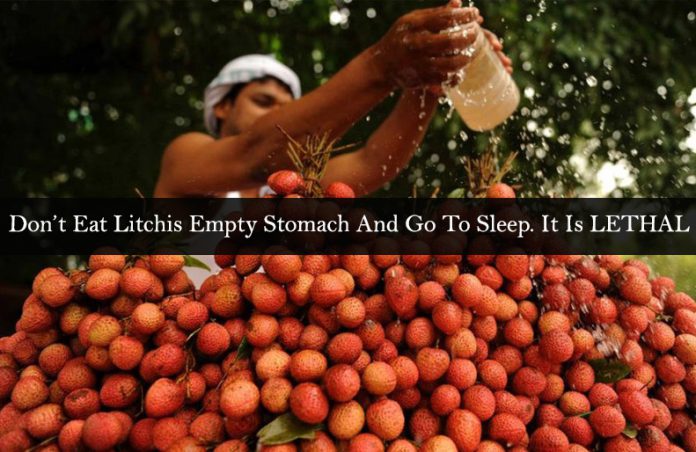 As much as you are tempted to see these gorgeous, juicy litchis, you will be shocked when you read on to see what this has led to.

Last year in May-June, Muzzaffarpur in Bihar was under the horrorendous spell as unexplained illness in children aged 15 years and younger claimed many lives. The litchi lovers young children would spend the day playing and feasting on litchis and sleep without dinner, this seemingly normal eating habit led to the most unimaginable catastrophe.

Scientists from the U.S. and India have found that consumption of litchi fruit and skipping evening meal can result in very low blood glucose level (less than 70 mg/dL) and acute encephalopathy including seizures and coma, and causes death in many cases.

This is particularly so in the case of young children as they have limited hepatic glycogen reserves. The toxins, which are naturally present in litchi fruit, make the condition worse. They block enzymes involved in normal glucose metabolism. This results in an inability to synthesis glucose leading to acutely low level of blood sugar.

The results were published in the journal Lancet Global Health.

Make sure the children do not eat litchis on empty stomachs. Spread the word, readers!