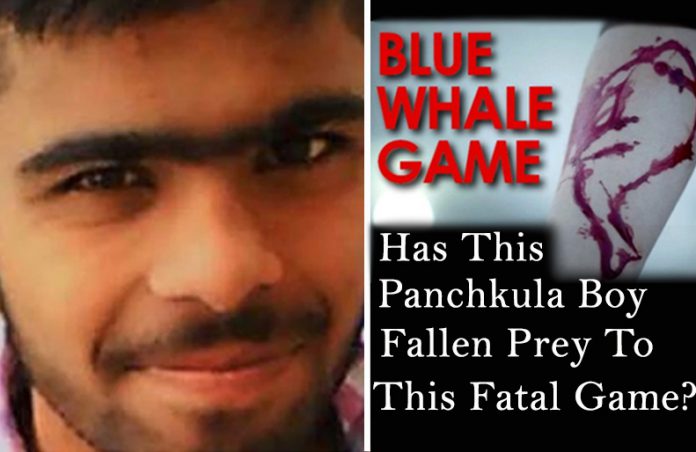 The monstrously fatal online game, Blu Whale, is said to have its first victim in the tricity. A 20-year-old hird-year BCom student at a Banur college, Vaibhav Dev jumped off the third floor of his house on Friday morning and it is alleged it is due to the ‘daring’ task in the Blue Whale Challenge.

He has been admitted to GMCH-32. The doctors have confirmed the presence of cuts on the victim’s body, pointing to the possibility of the youth falling prey to the lethal online game.

His uncle Rajinder Kumar said he took the extreme step around 11:30am, when he was alone on the roof. He has suffered factures in his right leg, left arm and right side of his head.

Vaibhav’s cousin Aastha Arora, who was at hospital, said he was talking to his friends about “flying in a day or two” couple of days ago.

“He is fond of online gaming,” said Aastha. “He used to be intrigued by the games that had different level of challenges. We suspect he fell prey to the Blue Whale Challenge.”

On the basis of the family’s statement, the Panchkula police have started probe. No case has been registered yet.

What Is Blue Whale Challenge?

♦ It is a dare-based “game” that requires participants to complete 50 tasks in 50 days. The last, 50th task is commit suicide by jumping of a high-rise.

♦ It is NOT downloadable game, application or software. It’s completely a social media phenomenon which enters social media networks from secretive groups.

♦ The game originated in Russia in 2013. The creator of the challenge, 22-year-old Philipp Budeikin, was arrested in May and sentenced to three years in prison. He had confessed, in an interview, that he deliberately incited 17 teenagers into committing suicide. Rationalising his crime he said that he was eliminating people ‘who do not represent any value, cause harm or will cause harm to the society’ from the face of the Earth.

♦ The game spread via social media. There have reports of presence of the game in US, Europe and UAE, but solid proof to claim teenagers killed themselves owing to the challenge were missing.

How The Blue Whale Challenge Operates?

♦ The interested players are to use hashtag bluewhale and are contacted by curator himself. Once in, the player has to perform 50 challenges which are monitored by a curator. They include watching horror movies and inflicting self-harm.

♦ The player cannot leave the game mid-way.
♦ They must upload the photos of challenge completion for the curator’s approval. The last challenge is to commit suicide 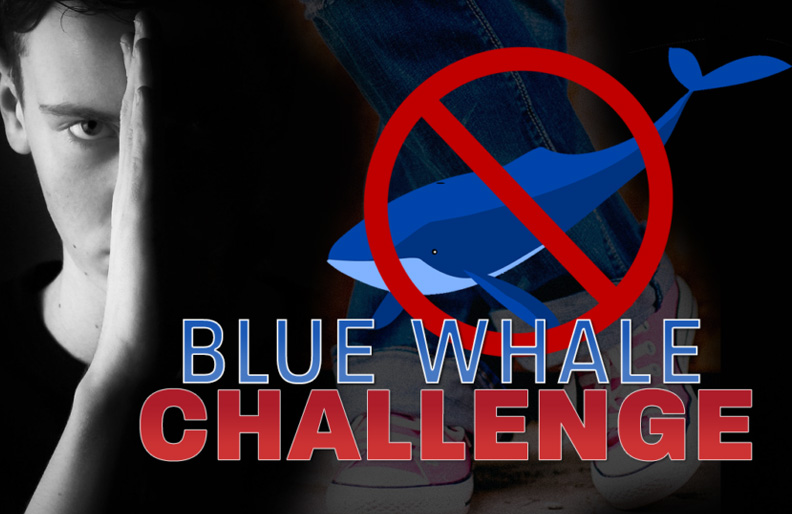