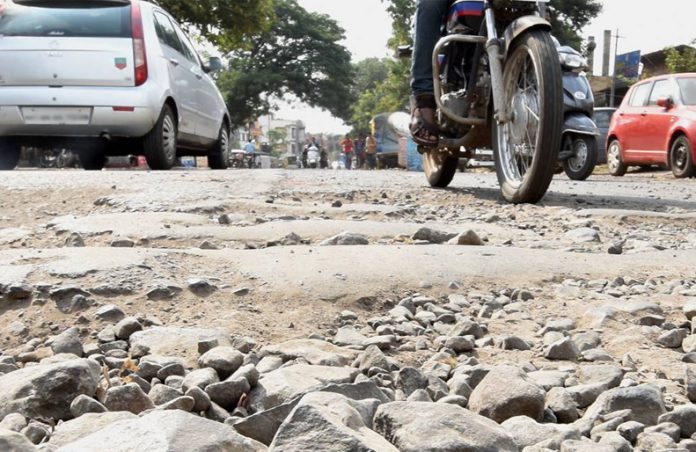 The Mohali roads have notoriously earned the tag of being ‘killer roads’. Earlier, a research study pointed out 21 accident-prone spots in Mohali which are too dangerous for people on roads. Adding to these, the Mohali roads against its aspirations of becoming world-class city has roads that are more visible in unkempt and ignored small towns around the world.

The roads are dotted with as much as 3-inch-deep potholes. Some of them are:

Day in and day out there are grievous narration of drivers on these stretches how they had a narrow escape from a fatal accident. Two-wheelers riders are at maximum risk. Since many software companies are based in Industrial Area Phase 8-B, their employees are forced to take his road.

The newest surface-the 200-foot-wide road connecting the airport with Balongi near Kharar-has the maximum potholes. Greater Mohali Area Development Authority (GMADA) blew up crores of rupees on laying this road, which by its own admission, carries 25,000 vehicles a day.

Hope the GMADA administration assign its engineering department to fix these ‘killer roads’ at the earliest.
Source: Times of India
Also Read: 21 Killer Roads And Increase In Road Accidents In Mohali