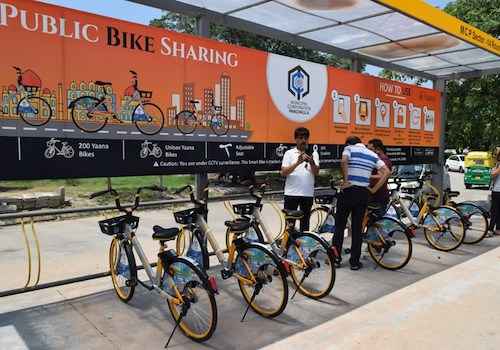 Some Resident Welfare Associations (RWAs) demanded the facility as senior citizens and children were bereft of smart phones. The company looking after the plan also received feedback that majority students and underprivileged were interested in using the facility.

As per MC Commissioner Rajesh Jogpal, the PBS system was getting overwhelming response. To enable access for all, they had introduced the smart cards.

How to use your smart mobility card?

To use the service, a commuter can pay as per the following slabs:

Earlier, with the help of a smart phone, Yaana app users had to scan the QR code on a bicycle. This would open its lock. However, now swiping smart cards can unlock the cycle.

The MC data reveals that 28,099 downloads of the Yaana application have been done. PBS system is more popular among men. 21,777 downloads were done by males. Remaining 6,322 downloads were by females.

The PBS system is equipped with the following:

The Chandigarh MC has asked Panchkula officials to give a live demo of the PBS project. This will be provided on September 23. The Chandigarh MC sent a communication to the Commissioner, MC panchkula, demanding 80 cycles for a day. However, 40 bicycles have been finalized, owing to high demand.