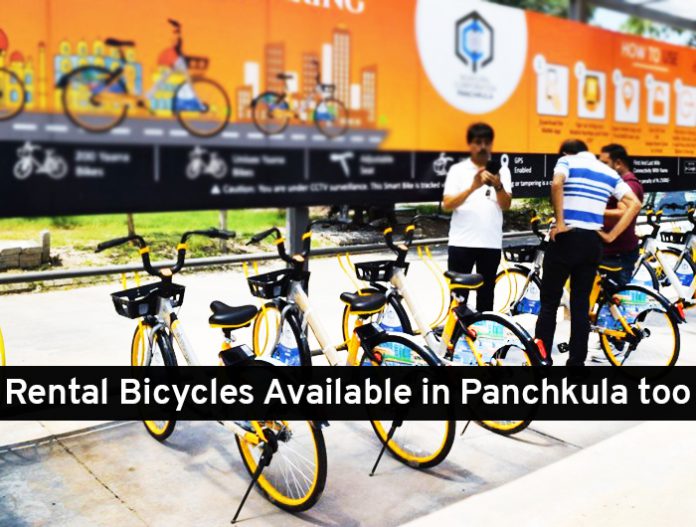 In a first of its kind in Tricity, Panchkula residents can now pedal around the city on rental bicycles. Under the Smart City Project, the Public Bicycle Sharing (PBS) system was inaugurated on Wednesday by Manohar Lal Khattar, Chief Minister, Haryana.

There will be 20 different dock stations in Panchkula. Residents can rent a bicycle at ₹5 for half an hour after registering themselves. A mobile-based application will be used for this.

Features of the PBS system are as follows:

Presently, it is decided to start with 200 cycles. There are 20 bike stations. These will be increased after reviewing the feedback.

All bicycles will have a Global Positioning System (GPS) tracking. There is also a feature for cashless payments through mobile apps and smart locks. This feature is available for both Android and iOS applications. The system will be controlled on the mobile app, Yaana. All information is available here.

According to the app, one can take a ride of 30 minutes for 180 days at ₹500. The duration for riding is 14 hours. Bicycles will function from 6 AM to 8 PM. A Central Control System set up for this purpose will monitor them in real-time.

As per , the project will generate revenue by giving rights to service providers to sell advertisement space on docking stations. However, this will be permissible on 40% of stations i.e. eight out of twenty.

PBS In Other Cities

As per , installation and operation of the system were allotted to M/S Dharani Enterprises. The contract was for three years. The cost of the project is about ₹2.09 crore. This firm is already running Public Bicycle Sharing in Bhopal and Gwalior.