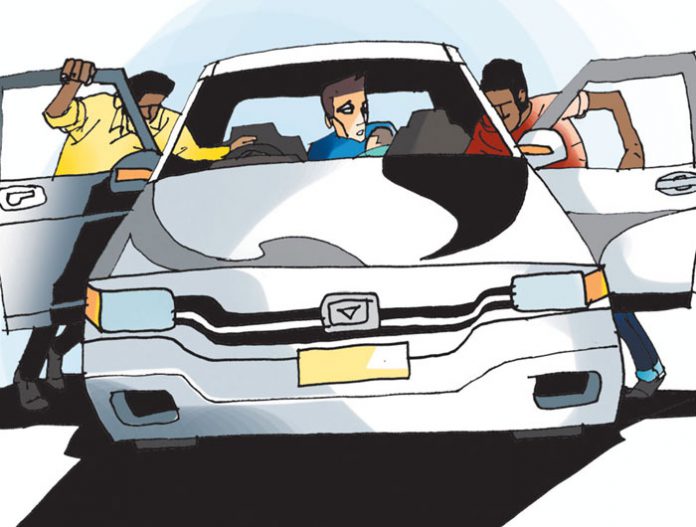 Oflate Panchkula has seen a rise in carjacking incidents in the city. As many as three such cases have been reported in past one week. The recent one being on Wednesday night when a car was stolen from a man at gunpoint. This incident happened in Sector – 9, near Sagar Ratna, in Panchkula.

The victim, Subhash Kang, was smoking after having eggs from a roadside vendor. A man approached him and asked him for a match. Kang offered him a lighter. Then another man joined them, asking for a lighter and then started inquiring about nearby eateries.

These men were conversing when two more men joined the group and forcibly entered the car. Pointing a gun at Kang, they took control of the car and drove to Derabassi, took away his mobile and ATM Card and then threw him in an isolated spot there.

Not The Only Incident

An old man, Karnail Singh was robbed of his gold kara near Command Hospital, Sector – 6, Panchkula on his way back to Lalru.

Rahul John was roobed of his Hyundai Verna at gunpoint near Sunny Enclave.

A girl was kidnapped, raped and then her Hyundai i-20 car was taken away forcibly from her. The car was later recovered.

Two robbers forcibly took away a Honda City car from an engineering student near the Sector 19 railway T-point in Panchkula.

Staying Wary Of Strangers Is The Key To Your Safety

Being alert and wary of strangers is the best way to protect yourself. As an extra safeguard, avoid halting your car in secluded and lonely spots.