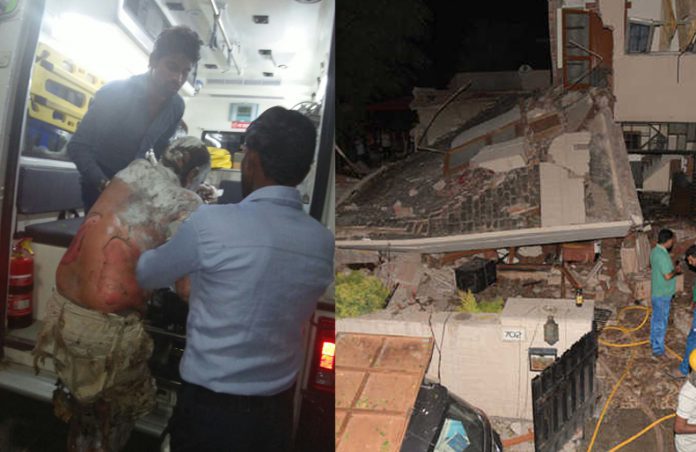 The unfortunate accident that happened on Diwali eve in Sector 10, Panchkula, has claimed the lives of all seven badly injured in the cylinder blast.

Last week, three had succumbed to their injuries and yesterday, four more lost their lives.

The deaths have left the whole neighbourhood bereaving.

A Commerce professor in Chandigarh Government College for Girls -42  Tarsem Chand Garg lost both his sons in the accident. His sons were amongst the crowd that had gathered outside the house where gas leak smell and smoke as emanating. Pranshu, 24, (IIM alumnus) and Anmol, 22, (PEC graduate) had received grievous burn injuries.

What exactly happened on Diwali eve?

The owners of house no. 702 in Sector 10, Panchkula, were out on shopping on Diwali eve. Their neighbours detected gas leak smell and informed the owner, Ajit Chaudhary. He rushed back and opened the door himself. Instantly, the blast took place injuring seven persons gathered around the house.

A portion of the single-storeyed house caved in due to the impact of the blast. Windowpanes of nearby houses and the cars parked in the area were also damaged.

The injured were rushed to General Hospital, Panchkula and those grievously injured were taken to PGI, Chandigarh.

Was the tragedy avoidable?

Police is still trying to ascertain the reason behind the cylinder blast, but they are saying had the residents waited for fire brigade, which was already on its way, and not opened the door, the tragedy could have been averted.

Also, due to haphazard parking in Sector 10, the ambulance could not reach the accident spot on time.

THINGS WE MUST CARE