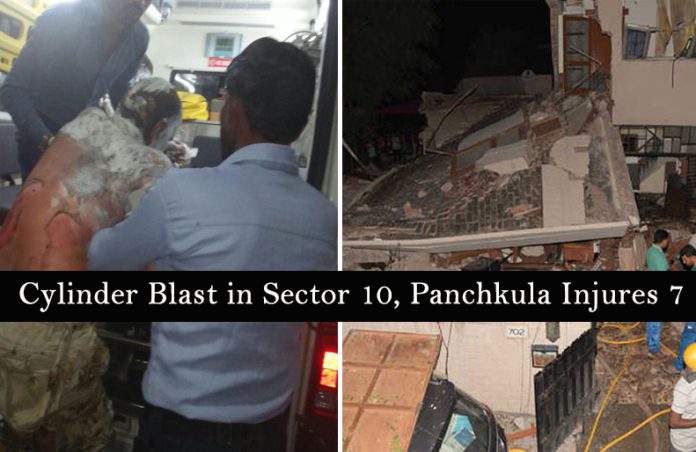 A cylinder blasted in a house in Sector 10, Panchkula. Seven persons were injured in the blast.

The neighbours of house no. 702 in Sector 10, Panchkula, complained about the gas leakage from the house. The owner of the house, Ajit Chaudhary, had gone to market with his family and thus the house was locked. The neighbours called him and he rushed back. When he opened the door, the blast took place.

Impact of the cylinder blast

Seven persons, including Ajit Chaudhary, were grievously injured in the blast. Some of the people gathered around the house also became victims of the blast.

A portion of the single-storeyed house caved in due to the impact of the blast. Windowpanes of nearby houses and the cars parked in the area were also damaged.

The injured were rushed to General Hospital, Panchkula and those grievously injured were taken to PGI, Chandigarh.