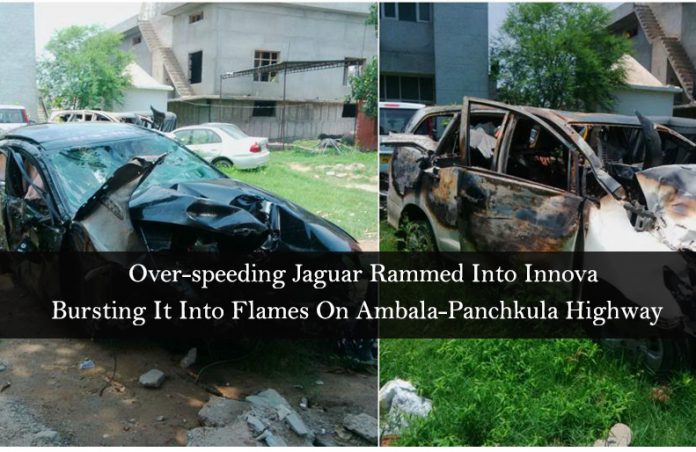 Just on Friday morning, Chandigarh saw a distressing accident at Sector 16-17 traffic lights which left a man dead and another grievously injured, the same night another heinous accident occurred on Ambala-Panchkula flyover.

A speeding brand new black Jaguar lost control and rammed into an Innova on the opposite side of the side, bursting it into flames. The four occupants, in the Innova and the Jaguar, were grievously injured.

The two young men in Jaguar were on such s high speed that they first rammed the car into the divider, breaking the electricity pole then the car jumped to the opposite side and crashed into the oncoming Innova. The accident took place near Dhakoli on National Highway-22 Friday night. The incident took place around 11 pm near Nimantaran marriage palace.

One occupant of Innova, identified as Thomas Kumar is said to be in a critical while his nephew, Vikas Kumar, who was driving the car got his arm fractured and has been discharged . The two in the Jaguar were identified as Ankush Jindal and Gurain Jain, residents of Sector 17, Panchkula. Both the youths received minor injuries as all the safety balloons of the Jaguar were thrown open on impact.

The FIR was reported but as it was not clear who among the two in Jaguar was driving the car, no name had been added. 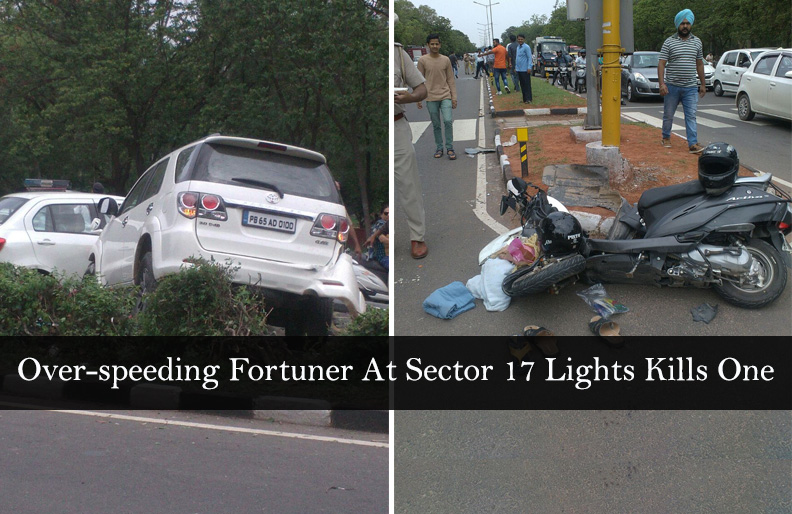