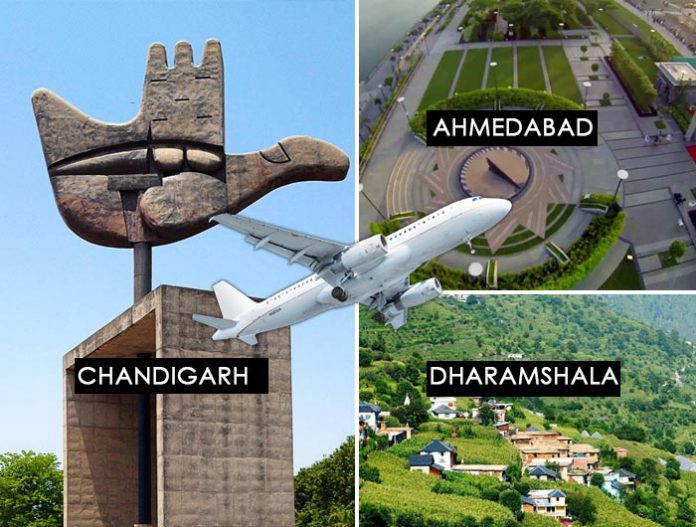 Come March 25, Chandigarh Airport will be operating direct flights to Ahmedabad and Dharamshala.

GoAir has announced direct flight between Ahmedabad and Chandigarh in its summer schedule.

Air India will fly its 70-seater ATR aircraft to Dharamshala from March 25. The fare, timings and frequency will be announced later.

However, there has been no relaxation of Sunday closure of the airport in the summer schedule.

Recently, Jet Airways had announced its inaugural flight to Pune from Chandigarh.

Earlier Air India is already operating a flight between Chandigarh and Pune.