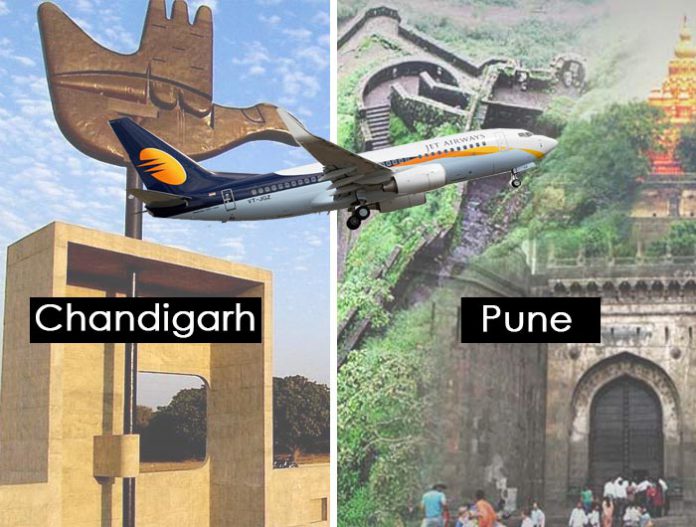 Another flight has been added to one of the popular destinations from Chandigarh. Jet Airways has announced  a direct flight to IT city, Pune, from Chandigarh starting from March 26.

The flight 9W440 will be operational from March 26 when the upcoming summer schedule will be implemented.

The flight would operate from Monday to Saturday. The airport remains closed on Sunday.

Jetways has deployed a 160-seater airbus for the two-and-half-hour journey.

This is the second flight from Chandigarh to Pune. Air India already operates a flight since January last year.

At present, Chandigarh is connected to 30 destinations (domestic and international); international being Bangkok, Sharjah and Dubai.

The watch hours at the airport, currently from 5 am-4 pm, are expected to change to 7.20 am-5.30 pm when the summer schedule comes into effect from March 26.