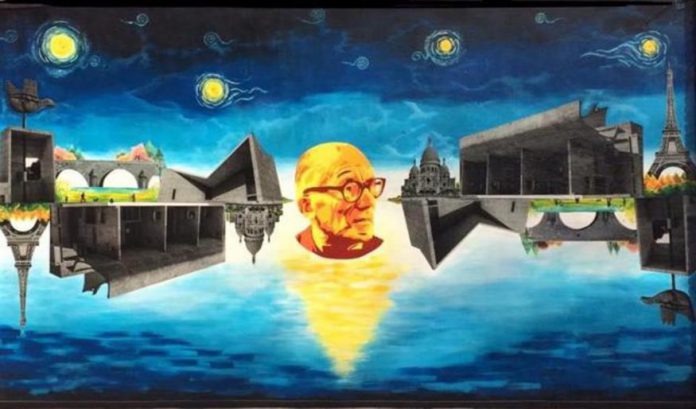 Chandigarh and modern architecture are synonymous to each other, aren’t they?

The City Beautiful boasts of being a stalwart in urban planning and quality living.  It is proud of being a city which is free from the shackles of history and tradition. It swanks on itself for being the ever-accepting city that was build for the people who had suffered the aftermaths of partition.

It was this freedom and modernism that gave birth to the idea of Chandigarh and then, the Swiss-born French Architect Le Corbusier was appointed to design it.

But, why only Le Corbusier ? 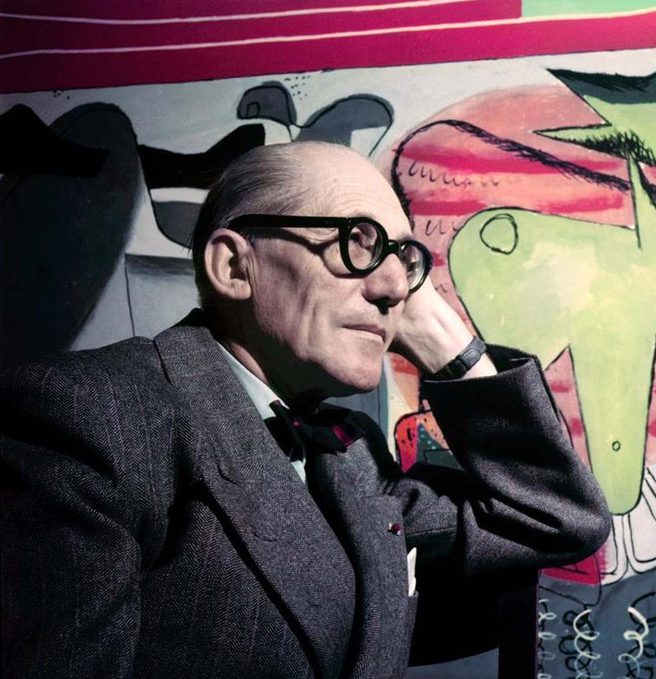 Le Corbusier was an icon of modernism whose revolutionary ideas gave birth to modern architecture! Let’s dig deeper into these ideas to know why he was the perfect choice to design the architecture of Chandigarh.

The concept of a Contemporary and a Radiant City was the magnificent creation of Le-Corbusier only.

What does CONTEMPORARY CITY mean? 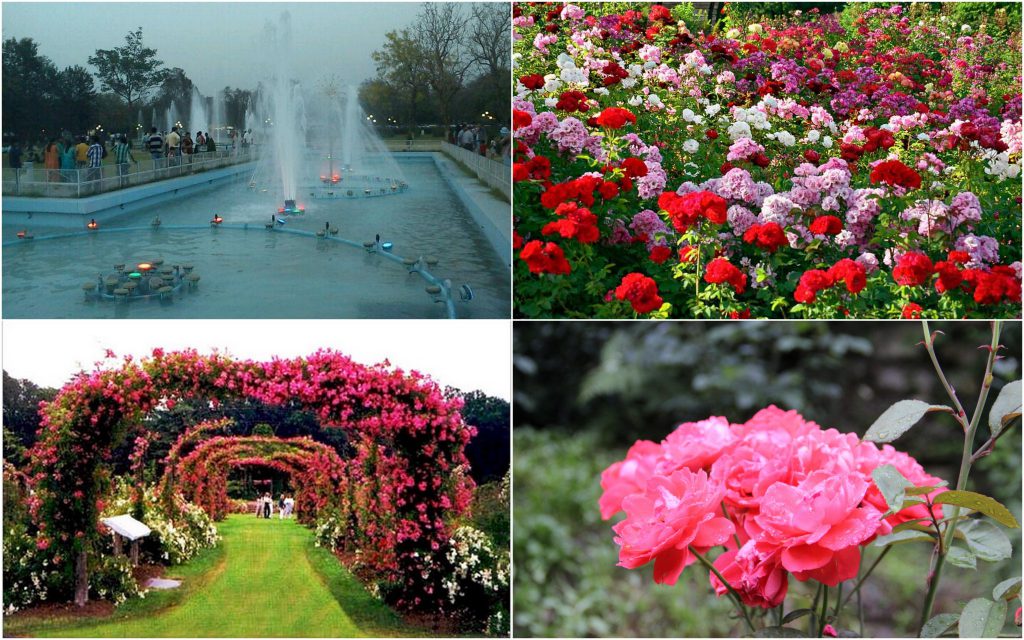 And, what is RADIANT CITY all about?

It is all about abandoning class-based system of housing and focusing on building houses as per family size and not economic positioning. Well, houses with almost similar architecture in Chandigarh reflect this thought only.  It is indeed a modern idea! 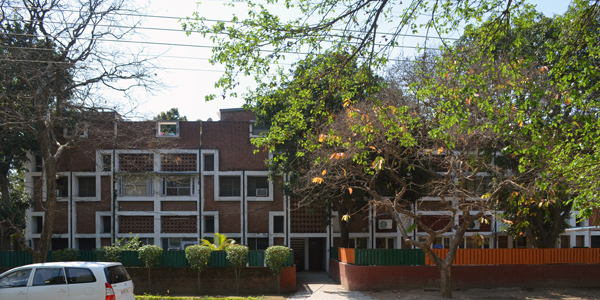 Who doesn’t fancy open spaces in today’s concrete jungle? Le Corbusier’s vision was to manifest a city that had large open spaces.

Do we witness this in Chandigarh?

Yes! It is a clearly visible pattern in Chandigarh’s design where horizontal architecture has been preferred over vertical one. He also emphasized on a city free of high rise buildings. We evidently see this in Chandigarh where skyscrapers were not a part of the Master Plan. What a breather!

His architectural designs were very unique, modern and featured:

These modern architectural ethics are very clearly embodied in the buildings of Chandigarh. Right from The Assembly Hall to The Secretariat Building, and, The High Court, all of these are epitomes of the above abstract architectural designs. 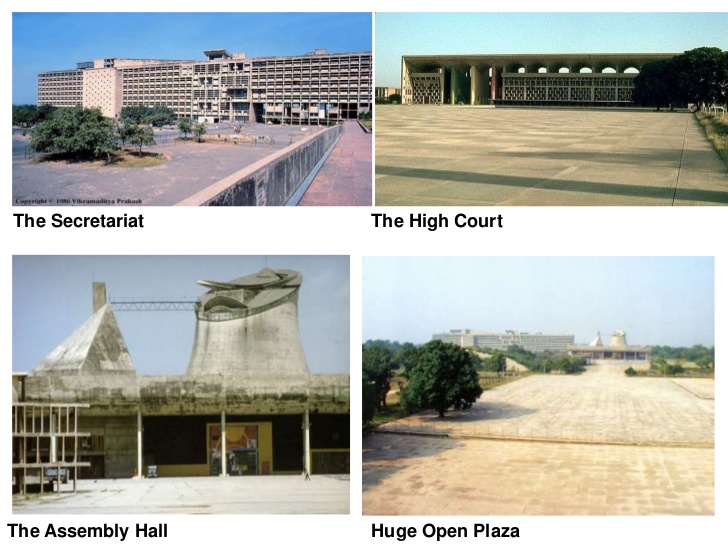 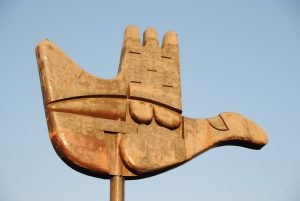 Who can miss the Open Hand Symbol that welcomes people to Chandigarh? The City Beautiful’s symbolic sign!

It is Le Corbusier who gave this symbol to Chandigarh. He wanted to symbolize reception of the created riches, and, distribute them to the people of the world.

The symbol, a sign of peace and reconciliation, has this deeper meaning attached to it.  These very modern ideas of peace, equality and fraternity can easily be seen in Chandigarh where a blend of eastern and western culture exists harmoniously.

Le Corbusier was famous for his saying “Architecture or Revolution”. What does this saying convey? It conveys that:

An efficient industrialized architecture is the only way to avoid class-based revolution.

His saying was put on paper when he laid down the Master Plan for Chandigarh and designed it as a city known for governance and not for manufacturing.

No Wonder! We don’t see an industrial hub like Ludhiana in Chandigarh. We are not the Manchester of India and are proud of the fact.

Designed houses similar in architecture both for rich as well as poor. 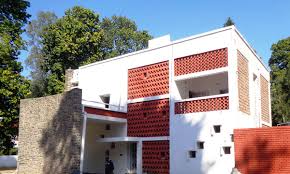 He made this idea a part of the city’s plan by constructing toilets in servant quarters of Chandigarh houses. Even the Capital Delhi doesn’t boast of this!

So, in fact, Chandigarh stands apart when it comes to basic hygiene even for lower economic classes.

This is how Le Corbusier’s chic architectural designs in form of Chandigarh kicked in. It is an advanced city with one of the best Master Plans and architecture in India.

All thanks to the ideas and ethics of Le Corbusier.