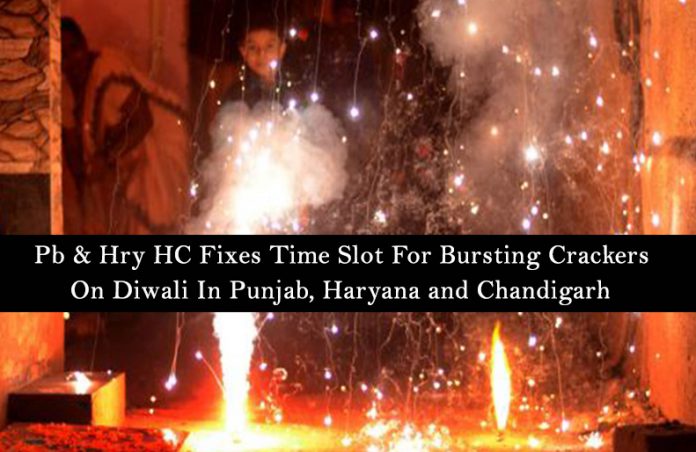 Punjab and Haryana High Court has fixed time slot of 6.30pm to 9.30pm for bursting crackers on Diwali in Punjab, Haryana and Chandigarh.

Taking suo moto cognizance of the worsening air quality in region especially Tricity, the high court  has sought information related to the licences for explosives, including fireworks, from the home secretaries of the region.

On October 9 the Supreme Court ordered a ban on sale of firecrackers in Delhi National Capital Region (NCR) till November 1.

The high court also directed the authorities to issue only 20% of last year’s licences for setting up cracker shops this year.

The division bench of Justice Ajay Kumar Mittal and Justice Amit Rawal on Friday directed the police to ensure adequate PCR vans are deployed for compliance of the High Court directions. The Deputy Commissioners and the Superintendents of Police have also been directed to ensure the orders are followed strictly.

The court said the DC would designate the area for selling crackers and safeguards would be ensured by the licencee. No permanent licence would be issued, the court added. 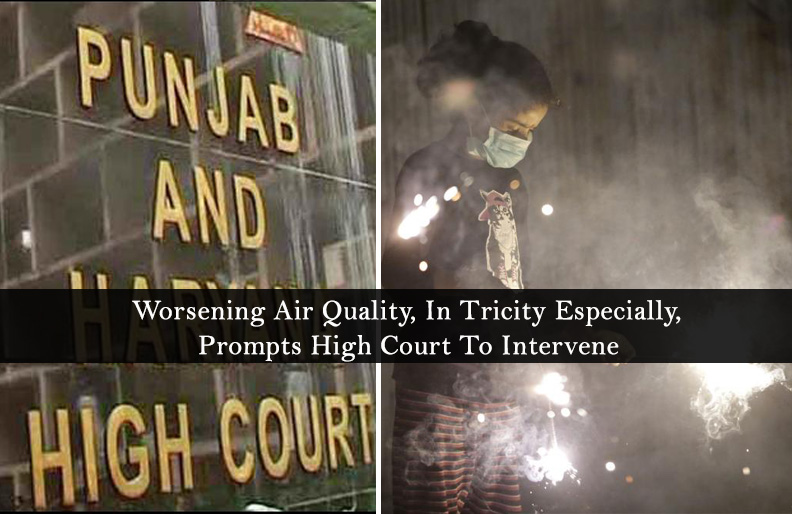