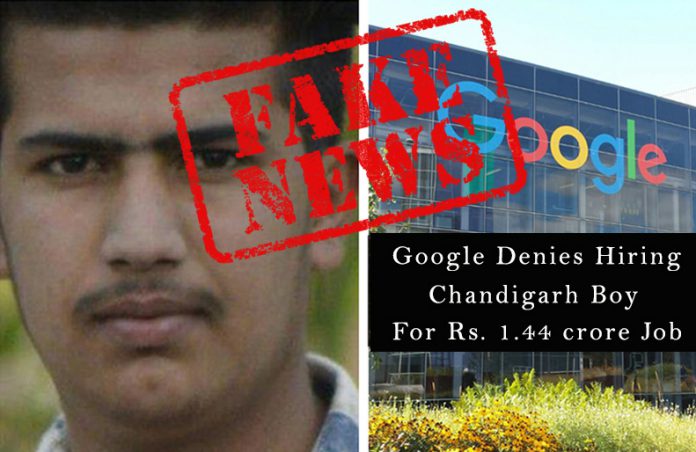 Not just Chandigarh, the whole nation was rejoicing over the incredible feat of a 12th standard pass out, government school educated 16-year-old young boy, Harshit Sharma, bagging a job at Google for whooping Rs. 1.44 crore, but who would have thought that IT WOULD TURN OUT TO BE FAKE NEWS.

The parents of the boy called the Chandigarh authorities to admit that it was a mistake.

What the Google had to say?

Earlier the search giant had denied having any record of Harshit being hired for any job in Google. The official spokesperson of Google said,

“CURRENTLY, WE DON’T HAVE ANY INFORMATION ON OUR RECORDS WITH RESPECT TO HARSHIT SHARMA’S CANDIDACY.”

On July 29, in a press release of GMSSS-33 it was said that their student, Harshit Sharma, got the job of icon designer with Google for Rs. 12 lakh per month. It was said as a national achievement.

Even Chandigarh Education Department issued a congratulatory note to the boy and the school.
Following the revelation that Google has no record of such hiring, the Chandigarh Administration ordered a probe into the official statement released by its Education Department.
It is said that Harshit had received a message on his phone about his selection. When he called back on the same number, it was not reachable.
His Facebook account says, “Works at Google, living in California.” Videos of celebrations that had been put up earlier, have been removed now. According to Harshit’s parents, the boy is shattered and under medical observation.
The pain of dreams crashing to ground!!
Source: HT, The Indian Express 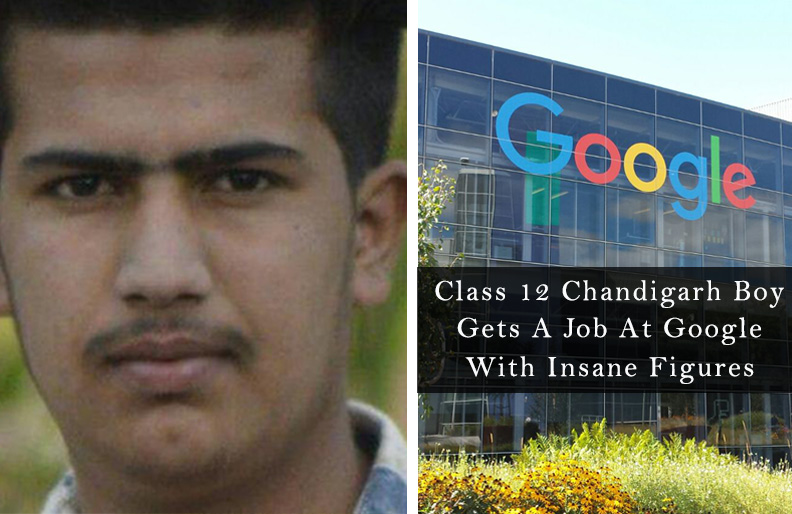