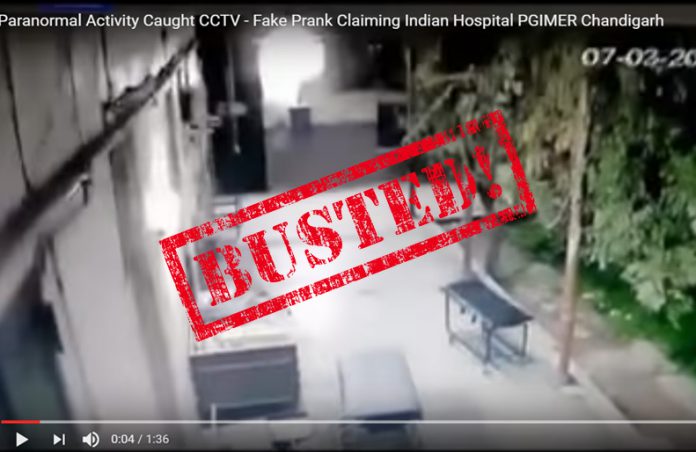 Since past one month a video has been going viral on social media with stretcher moving on its ‘own’ around the hospital corridor and then turtles on its side.

The video was claimed to be PGI Chandigarh and many reputed news channel covered the story as ‘PGI becomes haunted as paranormal activity reported there’. The video is dated March 7, 2017 and time 1:30 am.

The video is of a hospital in Argentina and someone actually played a prank to scare people.

Use a wire to pull the stretcher here and there, simple!

Were you too scared?

Truth Behind Beautiful Picture of Peacocks Said to be From Sukhna Lake Reserve, Chandigarh

FAKE| This Absolute Heavenly Picture of Golden Temple is Photoshopped

BUSTED! Flooded Airport Pictures Are NOT Of Chandigarh Airport’s. Know Where It Is