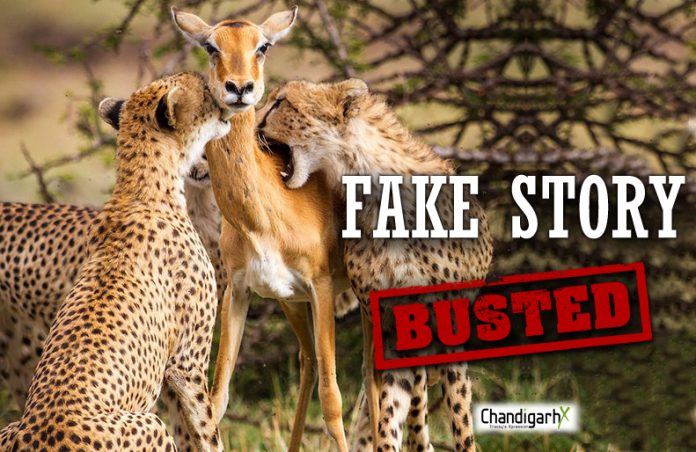 Four years back in 2013, a wildlife photographer from Finland clicked heart-wrenching photos of cheetahs devouring over their prey, a doe-eyed impala that withstood the grievous assault in an abnormal composure.

In 2016, one of the photographs, ‘The Stranglehold’, received a Remarkable Award in the Siena International Photo Awards.

In 2017, the photographs are back, going viral and that too with an absurd fake story to it!!

The fake story claims that the gullible impala laid down her life to save her calves.

It is going viral over the internet with some reports even claiming that the photographer was so moved by this incredible sacrifice, that she was in throes of ‘depression’. 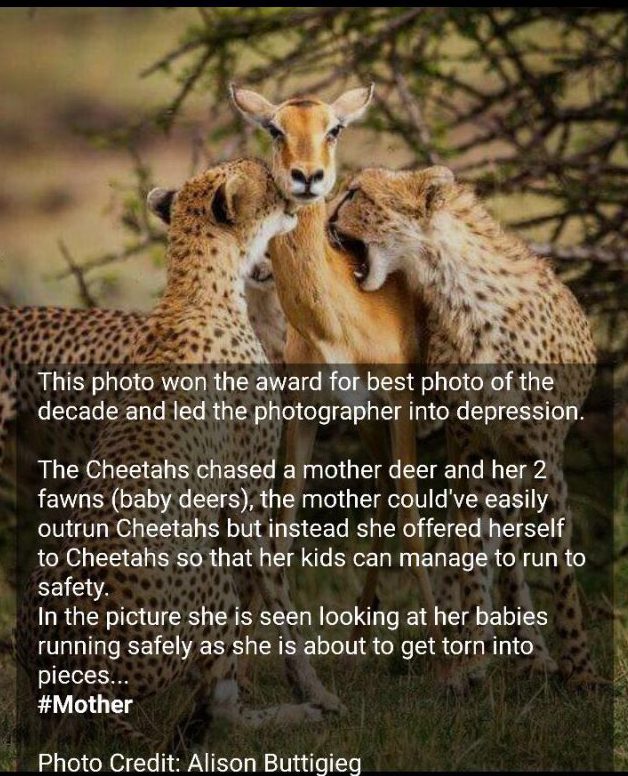 Now, know the REAL STORY in her OWN words from her blog.

“I witnessed this Cheetah kill in September 2013 in the Maasai Mara, Kenya. Narasha, the cheetah mom, was teaching her youngsters how to kill prey.” 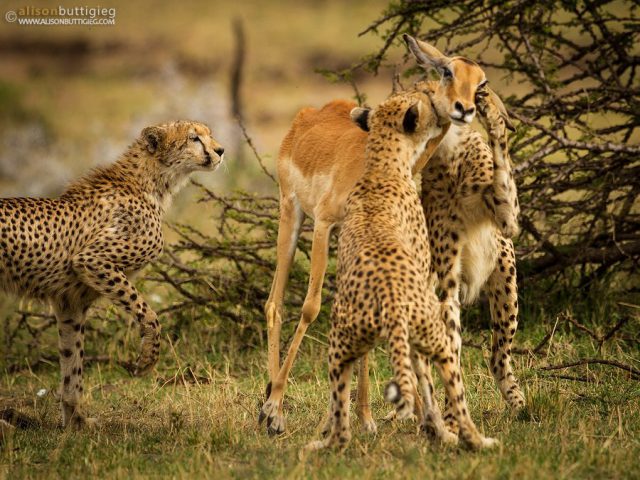 “However they were a bit slow on the uptake and they instead were playing with the hapless impala prey instead of killing it.” 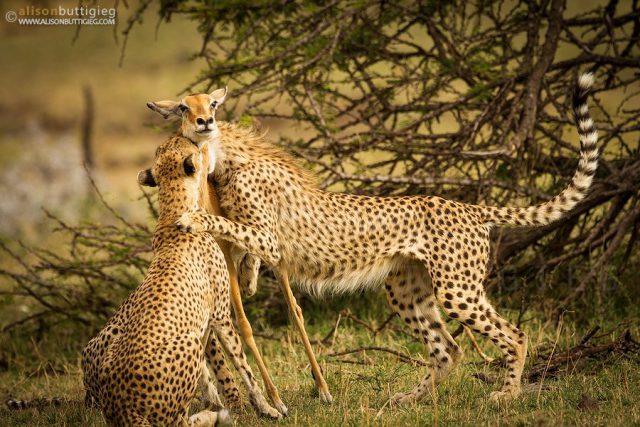 “Narasha, the cheetah mom is the one that is grabbing the impala by the neck in all the photos. The youngsters practice some skills like pouncing and tripping which they get right, but they cannot seem to be able to get how to strangle the impala effectively.” 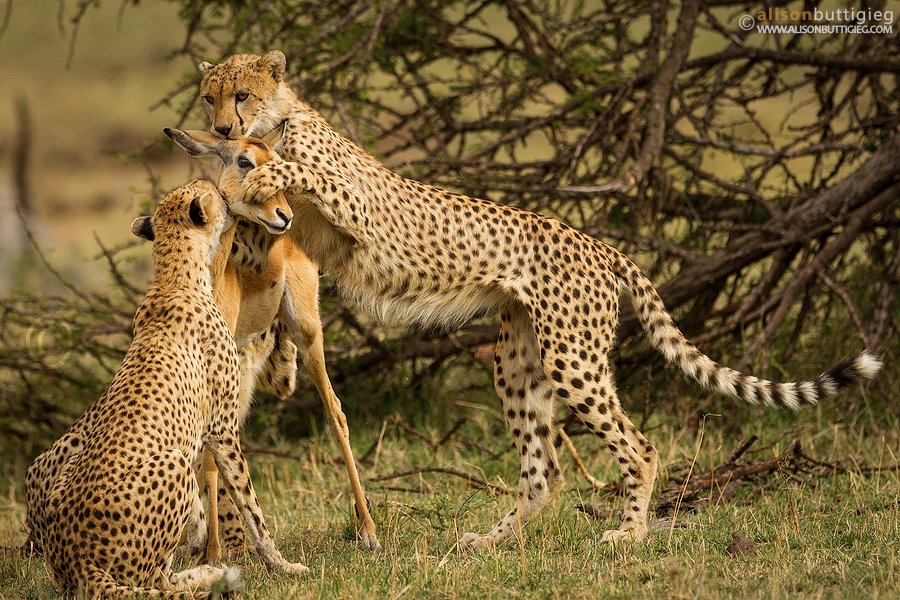 “What is out of the ordinary in this sequence of photos is how calm the impala is throughout its ordeal. It is probably in shock and thus paralyzed with fear.” 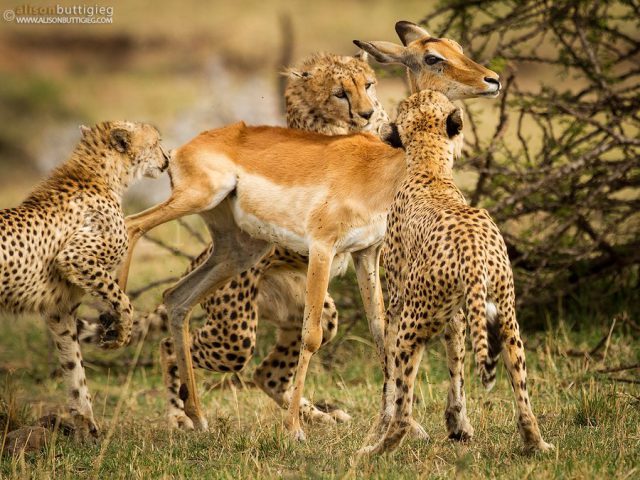 “It is disturbing how it seems to be posing in some photos, especially in the 6th one as if determined to stay beautiful and proud until its very end.”

“The defiance in its eyes are in stark contrast with its lack of interest in self-preservation.” 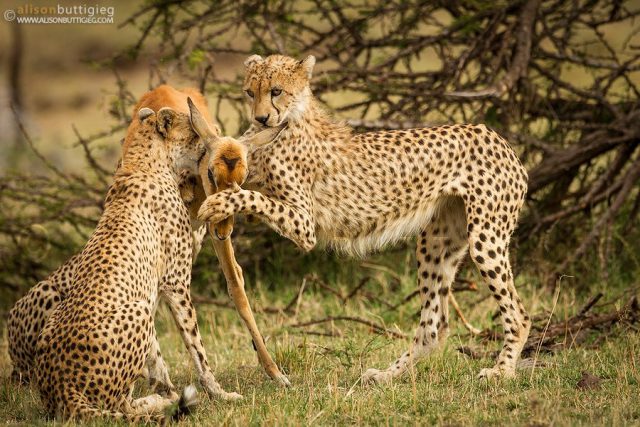 “This allowed me to get unique pictures of a kill that are seemingly choreographed in their grace.” 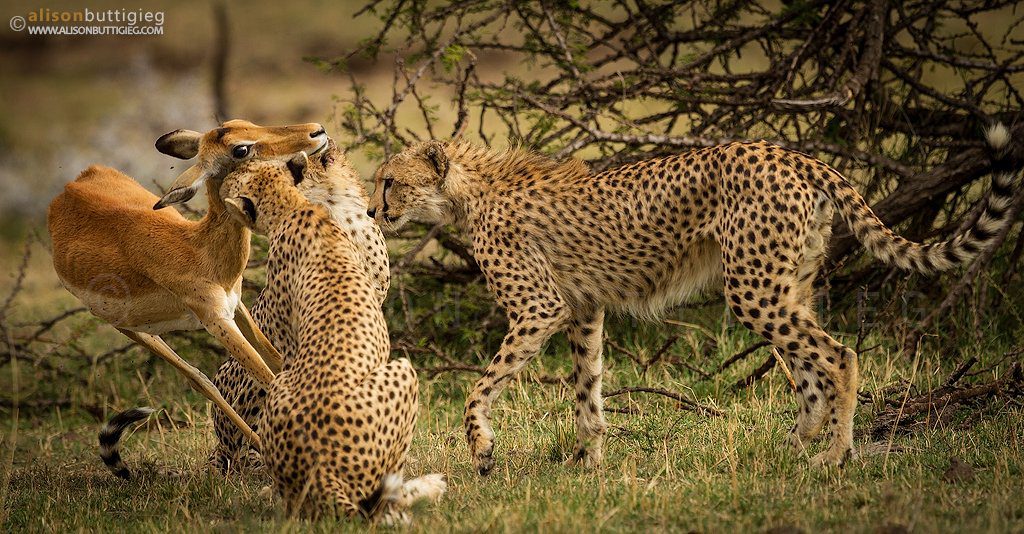 “I wanted the viewer to sympathize with the impala, and at the same time witness with me the disturbing nature of this unusual kill.”

“In the end, after what seemed like an interminable eternity (but it was just a few minutes), the cheetah mom put the impala out of its misery, and the cats got to enjoy a nice meal.”

Distressed, the photographer Alison Buttigieg expressed her anger and frustration on Facebook.

Sensationalism at its best, indeed!

Truth Behind Beautiful Picture of Peacocks Said to be From Sukhna Lake Reserve, Chandigarh

FAKE| This Absolute Heavenly Picture of Golden Temple is Photoshopped

BUSTED! Flooded Airport Pictures Are NOT Of Chandigarh Airport’s. Know Where It Is