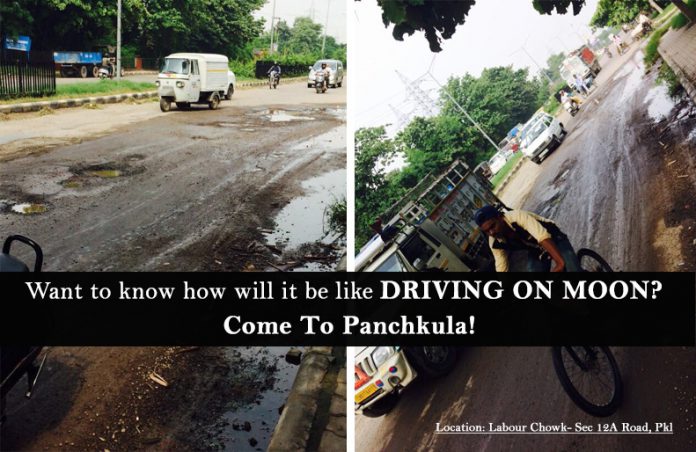 Chandigarh’s favourite RJ known for his wittiest and wackiest sarcasm, RJ Anubhav, compared Panchkula to moon and the listeners were left wondering (I definitely was) how come Anubhav giving the analogy for Panchkula and not Chandigarh. And as typical as Anubhav, it was the inches deep potholes ridden Panchkula roads that made him think of moon.

For those who have not traveled in the interiors of Panchkula might not know that the basic infrastructure beyond the ‘posh’ sectors along Maheshpur Road is crumbling, with roads especially withering literally like bread crumbs. The bumpy ride is causing major inconvenience to residents. Given the present state of the roads, they are forced to move at snail’s pace. The potholes have converted the stretches into death traps as commuters keep meeting with accidents in different areas of the city.

The residents complained, though the roads were recarpeted in the month of January this year, they could not survive even a few spells of rain and have developed craters after every 100 meters.

The roads in real bad shape:

Residents are furious over the pathetic condition of roads.

S K Gupta, a resident of Sector 8 said, “I do not get the logic of spending money on same roads year after year. Spend once, so that roads stay fit for travelling on for years. The basic infrastructure is always ignored in the country.”

Jivan Agarwal, president of resident welfare association, Sector 6 said, “We are fed up of complaining to the municipal corporation(MC) to repair the roads. Most of the time we are told that authorities do not have budget to re- carpet them.”

Shivani Suri, a Sector 6 resident, said, “The roads give us a roller-coaster ride, with a pothole at every 5-7 feet. Not a single stretch can be found to be smooth”

Finally, giving in to the growing public resentment, Panchkula mayor has written a letter to Panchkula municipal commissioner mentioning to give out work orders for recarpeting of roads to provide better services to city residents.
As per the letter written by mayor Upinder Kaur Ahluwalia, it is a right time to re-start the work of re-carpeting of road in the city as the monsoon season is over.

Also Read: Tricity Fears To Have Its First Victim To Blue Whale Challenge In Panchkula 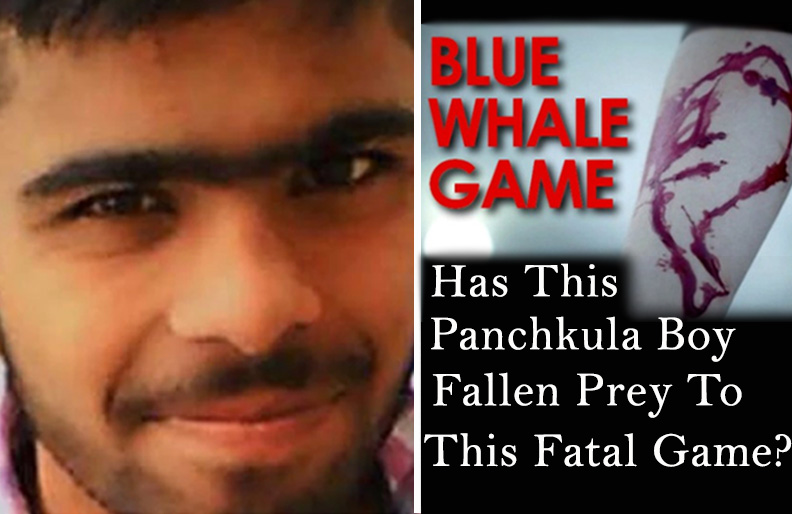