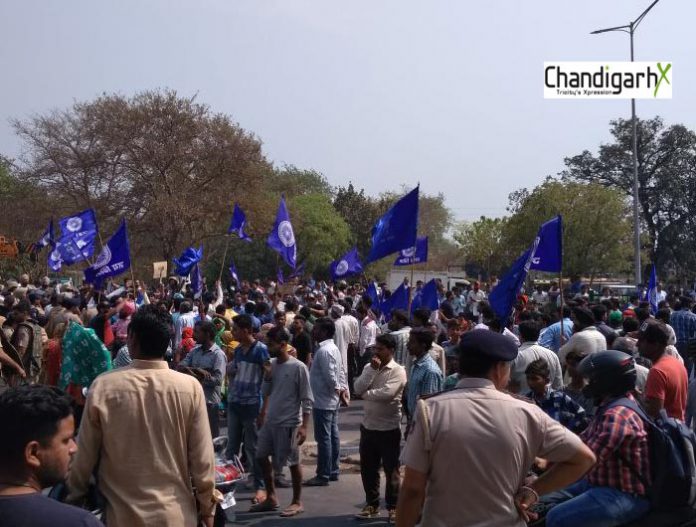 Protesting against Supreme Court’s March 20 judgment on SC/ST Prevention of Atrocities Act, the Dalit groups and many political parties have called ‘Bharat Bandh’ on April 2, 2018. In the morning on April 2, protesters started gathering near iconic Tribune Chowk in Chandigarh. From Hallo Majra to Tribune Chowk, the whole road stretch got filled with protesters carrying blue flags in their hands. Chandigarh police is on high vigil and keeping an eye to avoid any untoward situation. 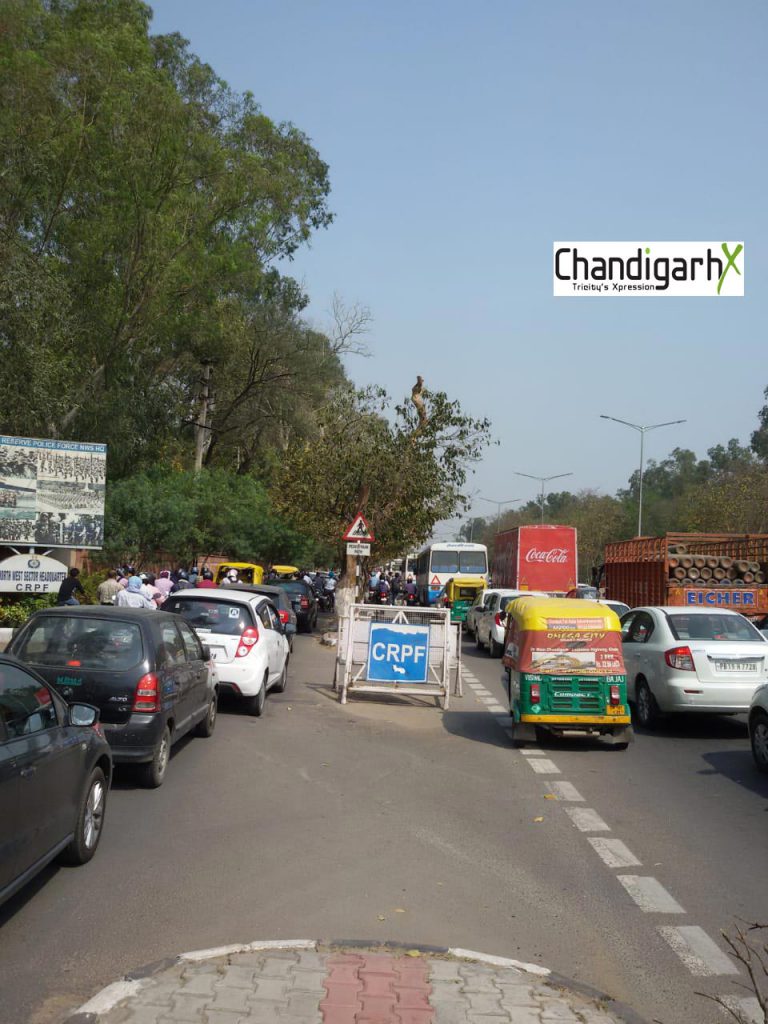 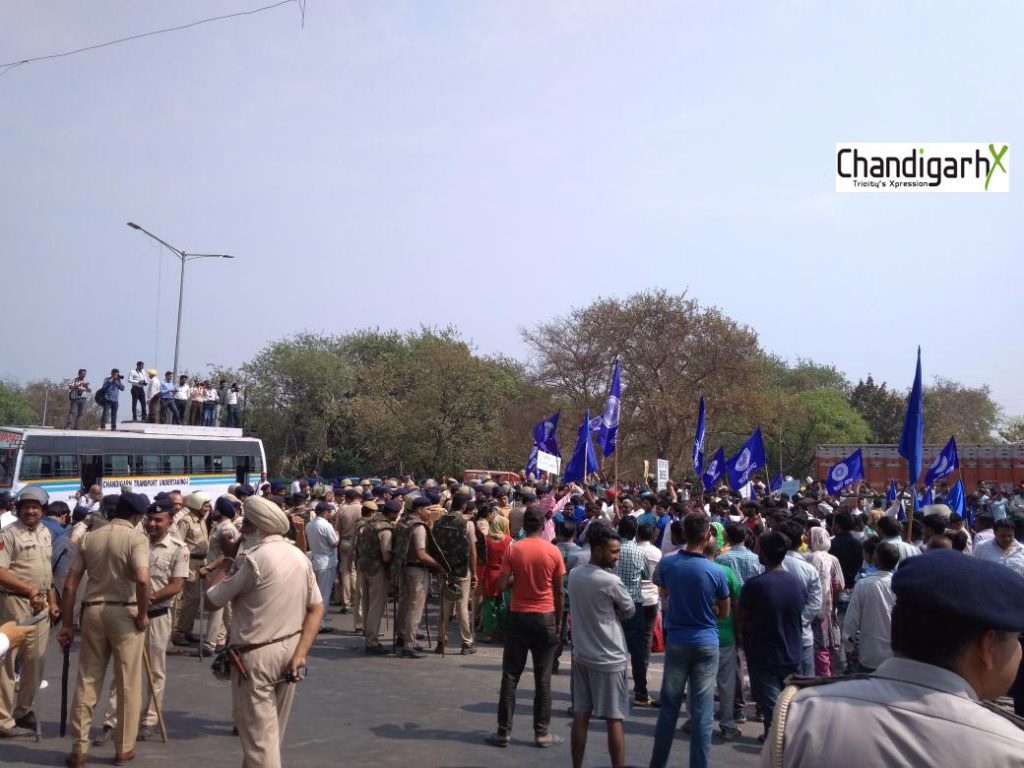 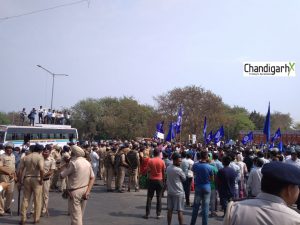 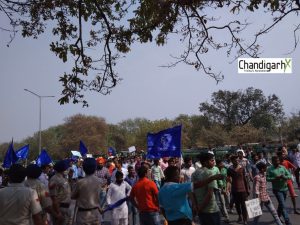 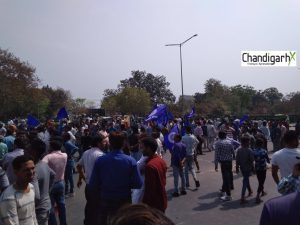 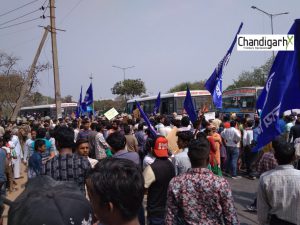 The Tribune chowk is cleared for traffic when the article is published (11.40 am). Police took swift action to clear the highway and disperse the mob.