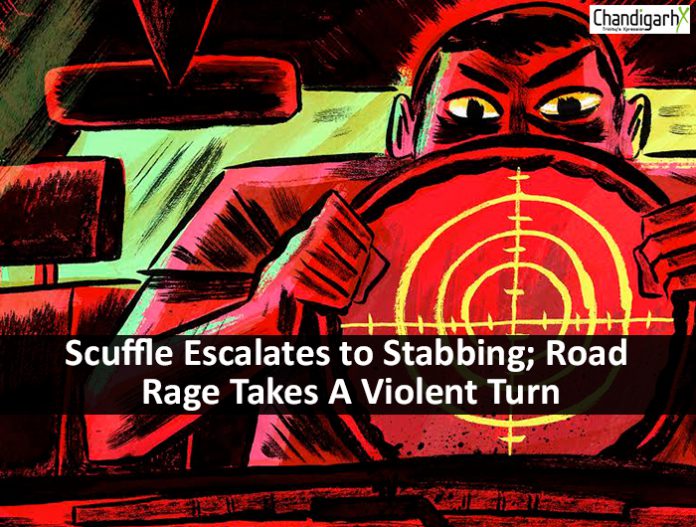 We all get heated behind the wheel sometimes, but some people have turned road rage into a bizarre art form. It is regrettable that people have thrown caution to the winds. They are rather insensitive and fail to control anger while on the roads. In another rare incident, three men on a bike stabbed another and left him in a pool of blood. His fault was that he asked them to drive carefully.

Bunti Kumar, 30, a resident of Mori Gate in Manimajra had a narrow escape in the collision. As per the police complaint, he was at his meat shop on Wednesday. His brother Rajiv, 35, was along. As soon as he started his scooter to deliver meat in the market, three men on a bike came riding rashly on a bike.

When Bunty raised objection and asked them to drive carefully, they started beating him. Bunty raised an alarm and Rajiv reached there too. Noni, one of the accused, picked a knife from the shop and stabbed Rajiv.

Both were referred to to GMH-16. Their condition is stated ‘out of danger’.

Case has been registered and all three accused have been arrested under Section section 307 (attempt to murder) and 34 (acts done by several persons in furtherance of common intention) of the IPC. Local court has sent them to 14 days’ police custody.

In just a few days, Tricity has witnessed crazy road rage cases. Those which made the headlines are as follows:

The cops are not just to be held liable. In the occurrence of such an event, it is foremost to act sensible and exercise restraint. Follow road norms and contact officials instead of resorting to violence.