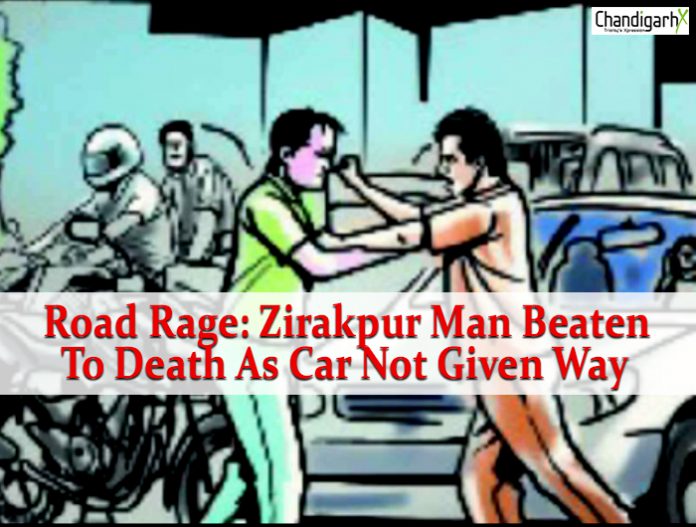 In a case of road rage in Zirakpur on Sunday evening, a 43-year-old property financier was allegedly thrashed to death. The victim, Kuldeep Singh, alias Romi, belonged to Sonipat and was a resident of VIP Road, Zirakpur.

As per reports, he was returning from Panchkula with his friends Pawan Siroha (38) and Nipun Jain (39). Nipun, a resident of Sector 21, Panchkula, was driving his Skoda car. Kuldeep was sitting next to him.

A car following them started honking when they reached Sanaulia road. Nipun failed to give it way, and the Ford Figo car allegedly hit their vehicle. Its occupants threw abuses at NIpun and Kuldeep.

The driver of the Ford car allegedly intercepted their car and a heated argument followed. According to the complaint registered, three persons got down and allegedly started thrashing Kuldeep. Pinned him down on the seat and kept punching until he fell unconscious. He was taken to a nearby hospital. Doctors declared him brought dead.

The police registered a case. They managed to trace the accused and arrested them. They are Gurvinder Singh, Sukhvinder Singh and Parvinder Singh, all residents of Sanaulia village, Zirakpur. It is ascertained that there was an involvement of another accused. Once verified, his name will also be added to the FIR.