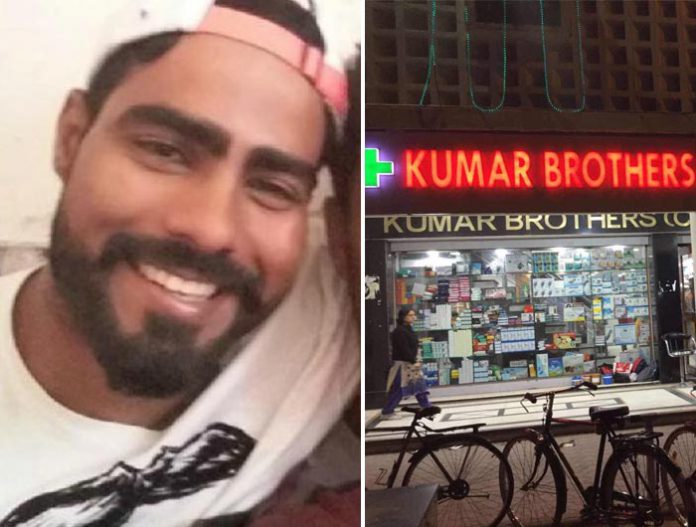 It’s not even a week when the shooting on Punjabi singer Parmish Verma in Mohali shook the tricity and what even stunned more was that the singer was getting extortion calls for past two months. (Mohali police suspects his failure to pay the money led to attacks on him.)  Now, pointing to ugly underbelly of the city beautiful, gangster Sampat Nehra has allegedly made extortion calls to the owner of Kumar Brothers, a leading medical store in Chandigarh.

Sampat Nehra is one of the gangsters who claimed responsibility for shooting at Parmish Verma last week.

According to reports, a senior police officer has said that Nehra made Whatsapp call and sent voice messages to Ashwani Kumar, owner of Kumar Brothers in Sector 11, and demanded Rs 1 crore. “The caller asked the businessman to pay the money to his aides at the earliest or face consequences,” said the police officer.

Police has provided security to the medical store owner and deployed commandos too. Cops in civvies are also on vigil near the shop and house of Kumar Brothers. Senior superintendent of police, Nilambari Jagdale has maintained that the security in the area had been increased as part of increased vigil.

Police suspects other businessmen in the city might have got an extortion threat call but no one has come forward.

Sampat Nehra had been active in student politics at Panjab University and was close to Lawrence Bishnoi, a former leader of SOPU. He rose to prominence after Bishnoi’s arrest. Nehra, who freed an undertrial from police custody in Panchkula last year, figures in the list of most wanted criminals of Chandigarh, Haryana and Punjab Police.