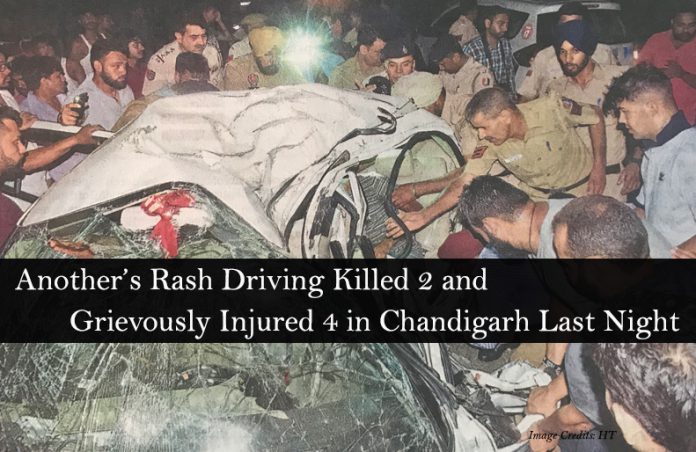 The beautiful Chandigarh roads of late have turned red with youngsters blood, who recklessly sit with the steering wheel in their hands.

In past few days, as many as half a dozen serious accidents have been reported all in tricity.

Last night, four friends went out to celebrate birthday met with an unfortunate accident at Sector 7/26/19/27 roundabout which left two of them dead and other two badly injured.

HOW THE ACCIDENT HAPPENED?

Six friends, all in their early 20’s, Aman (driving his Maruti Swift Dzire), Sahil, Brijesh, Major, Rajan and Surinder were driving towards Sector 7, after celebrating Major’s birthday in Sector 21, when a rashly driven car hit theirs from the rear. Aman lost control of the car and rammed into a tree, completely uprooting it. The car was so badly damaged that the boys were trapped in it. The fire brigade reached the accident spot and the rescue team had to cut open the car to remove the six occupants.

Surinder and Rajan were declared brought dead at the PGIMER, Chandigarh; Sahil, Brijesh and Major are critically injured and battling for life and are admitted to the Trauma Centre at the PGI. Only Aman’s condition is stable.

All six friends share a common passion: HANDBALL. They used to represent the school and college in inter-state and inter-university events and won gold medals.

The police has registered a case under Sections 279, 337 and 304-A of the IPC at the Sector 19 police station against unknown driver of rashly driven car (that hit Swift Dzire).

What do you think should be done to curb rash driving in tricity? 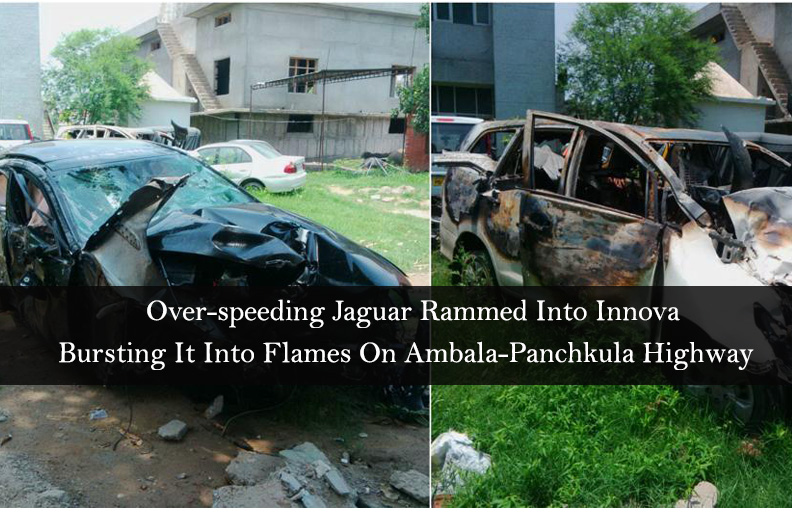