Home Latest News Chandigarh & Around #AintNoCinderella – Indian Women Hit Back In Style To All Those Asking...
Facebook
Twitter
WhatsApp
Email 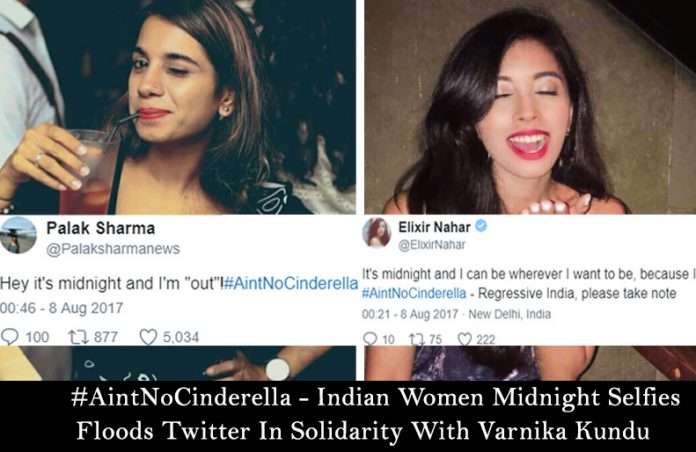 The stalking case of Varnika Kundu has made shown what a woman in India has to undergo if she dares to voice against the harassment and more so if the harasser is politically well-connected. She is facing the extreme form of victim-shaming and slut-shaming by many on social media with BJP leaders at the rear position.

BJP state vice president Ramveer Bhatt told the CNN-News18 television channel, “The girl should not have gone out at 12 in the night.” He added, “Why was she driving so late in the night? The atmosphere is not right. We need to take care of ourselves.”

Mr Bhatti then went on to tell The Times of India that “parents must take care of their children. They shouldn’t allow them to roam at night. Children should come home on time, why stay out at night?”

The comment has not gone down well with the women across the country. They are all arms up against this regressive mindset that dictates them to lock themselves indoors. They have started posting their selfies showing them hanging out at midnight with the hashtag #AintNoCinderella and declare their solidarity Varnika Kundu.

Twitter is flooded with women hey are sharing their selfies showing them hanging out at midnight. They used #AintNoCinderella to declare their solidarity Varnika Kundu. Their captions mock Bhatti and condemn his remarks which they said were shaming victims instead of supporting them.

No man can stop me from going out whenever I want. Public spaces for women! #AintNoCinderella pic.twitter.com/jaipo3Dtai

Dear regressive India,
I will do as I please, night or day. Don’t ever think you have the right to stop me #AintNoCinderella pic.twitter.com/oHIKgbhoeA

If I’m out at 12am, it DOES NOT mean I’m to be raped, molested, chased. My dignity is my right 24X7 #AintNoCinderella pic.twitter.com/6SN0I5NbSN

Hi to all regressive authorities, from a cab, past midnight, dressed like I’m going to a party, but I’m actually not. #AintNoCinderella pic.twitter.com/Dhrwflck9i

Oops 1.45am and I am out on Delhi Roads, In a short Dress ?stop me if you can !!! #AintNoCinderella pic.twitter.com/P7PWQM487H

Dear Regressive India,
We ain’t damsels in distress. We are independent & we don’t need you to curb our freedom#AintNoCinderella here! pic.twitter.com/mulliSsKwY

Guess what BJP, it’s midnight and I’m outside and this party is rad. You want me to stay home to be safe, your bad. #AintNoCinderella pic.twitter.com/5x7UrDo0Ot

It’s midnight and I can be wherever I want to be, because I #AintNoCinderella – Regressive India, please take note pic.twitter.com/TgycSQP17U

The 29-year-old DJ from Chandigarh, herself a daughter of IAS officer was followed and “almost kidnapped” by two men — one of them being the son of Haryana BJP chief Subhash Barala — who chased her car as she drove home in Chandigarh on August 5 midnight.

ALSO READ: Horror Of Being Stalked & VVIP Angle At Both Ends-The Distressing Case Of Stalking In Chandigarh 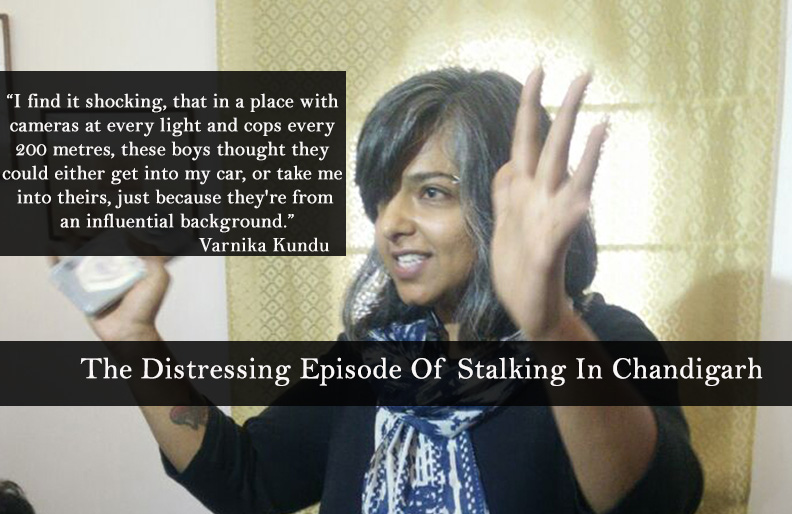