Home Latest News Chandigarh & Around 11-yr-old Kidnapped Outside Her House; Saved by Her Presence of Mind
Facebook
Twitter
WhatsApp
Email 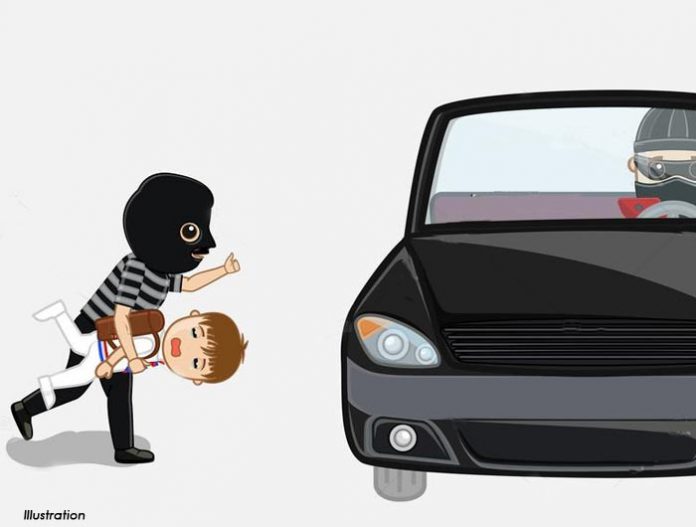 An 11-YEAR-OLD girl, a resident of Sector 44 B, was kidnapped from outside her home on Friday night. But thanks to quick thinking, she managed to flee from the clutches of three kidnappers who kept driving the car around the city for nearly two-and-a-half hours.

As narrated by the girl, a class VI student, to the police. She was standing at the gate of her house in densely populated residential area of Sector 44-B. A person came out out from a black sedan and asked for an address. Suddenly, he covered her face with a cloth and pulled her into the car. One of the three kidnappers kept her held tight. Then as the car reached the Sector 27 lightpoint and slowed down, she bit her abductor’s hand and jumped out of moving car. She borrowed mobile phone from a passerby and called her parents.

The girl also revealed that while she was in car, the three kidnappers were discussing the ransom amount.

Since her school bus routed through Sector 27, she could recognise the place.

Parents had on the other hand started searching for her. “Initially, we thought that she might be angry with us and had gone out somewhere. We kept searching for her and when we could not find her in the neighbourhood, we realised that something wrong had happened,” said the girl’s mother.

The parents had formally lodged complaint with the police. The investigations reveal that the same black sedan had been doing rounds of the locality since morning. The vehicle was registered in the name of a Ludhiana resident. Further investigations are on and still no arrests have been made. Police is investigating every detail of the story as narrated by the victim and is also planning to talk to girl’s teachers and friends.

Everybody is appreciating the little girl’s courage and presence of mind and at the same time are concerned about this nefarious crime in a densely populated area.

Source: The Indian Express, Times of India & The Tribune

Also Read: Amongst UTs, Chandigarh is Second in Number of Rape Cases of Minors: NCRB