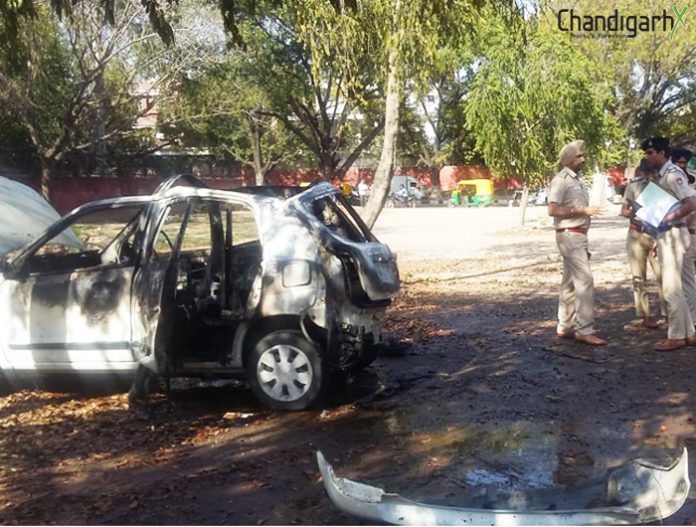 Rohan Nayyar, 27-year-old, and a resident of Sector 23, died under mysterious circumstances after an LPG cylinder lying in his Alto car caught fire, leading to a blast. The incident took place at Sector 23 on Tuesday afternoon. Police suspect it to be a case of suicide as the victim was found sitting on the rear seat of the car, which was locked.

Rohan was pursuing CA. He was depressed due to a skin problem for which he was undergoing treatment at a local hospital.

The police said the victim left the house after informing the family that he was going to give the cylinder to one of his friends. He drove towards a government school in Sector 23 and parked the car in an open ground next to the school near the Sector 23/16 small chowk. Soon, a blast took place in the car, blowing off its roof. 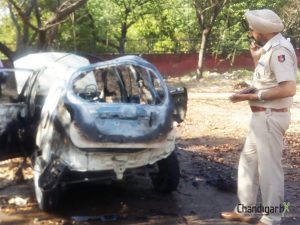 The police said passersby saw the car in flames with the victim sitting on the rear seat. “Eyewitnesses tried to rescue the victim. However, they found the car locked from inside,” said a police official.

People broke one of the windowpanes of the car and tried to open the door. However, they withdrew after they saw the cylinder lying in the car.

The police and the Fire Department were informed about the incident following which a fire engine from the Sector 17 fire station was rushed to the spot. The police also reached the spot and cordoned off the area.  By the time the fire was doused, the victim had already died.

A team of the FSL also reached the spot. The body was shifted to the mortuary at Government Multi-Specialty Hospital, Sector 16.

Statements of eyewitnesses were recorded by the police. An investigation has been initiated into the matter at the Sector 17 police station.

Was depressed due to skin problem

The victim has been identified as Rohan Nayyar of Sector 23, who was depressed due to a skin problem for which he was undergoing treatment at a local hospital.