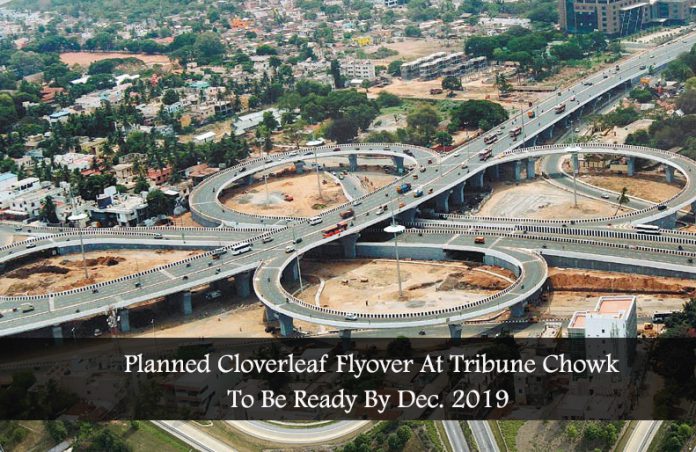 Chandigarh has been a dream city to live in and work in for the people in the region. Thanks to high quality of living standards and cordial work environment, daily thousands of commuters visit the City Beautiful. Though adding revenue to the state exchequer and boosting the economy here, the existing infrastructure is not potent enough to carry the burden such massive footfall, leading to congested roads for a start. But, soon the commuters’ daily traffic woes are going to be relieved.

The work on ambitious flyover at the iconic Tribune Chowk will begin by December and will the flyover will be ready in two years. UT administration has decided to finalise a consultant for the Rs 300-crore project within a week.

TRIBUNE CHOWK , being the only entry and exit point for traffic moving from Zirakpur, Ambala and parts of Punjab, more than 2.5 lakh vehicles cross the chowk daily. Traffic congestion is maddening and literally traffic crawls during morning and evening hours, leading to waste of more than 10-25 minutes to pass this Chowk.

In the Comprehensive Mobility Plan submitted to the UT Administration earlier, the RITES had stated that Tribune Chowk exhibits high traffic volumes (more than 1 lakh Passenger Car Units, a measure of traffic flow-rate).