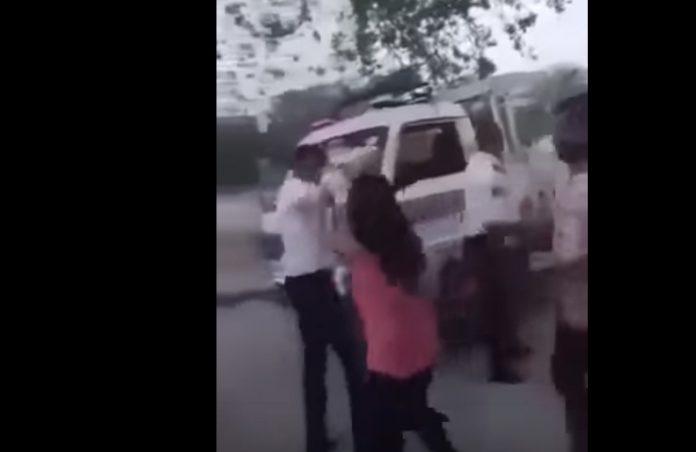 Against the general perception of women being the victim or ‘abla naari‘, it is shocking to know that in more than 50% cases of assaulting and misbehaving with police officers registered with Chandigarh police are against women.

According to data between 2014 and May 2017 provided by Chandigarh Police:

On monday evening, two women both drunk jumped the red light near the Judicial Academy, Sector 43 and tried speeding away from the spot. But, they moved towards a dead end and halted there. The traffic head constable (traffic) Manjit Singh on the spot when told them about the traffic violation, the women misbehaved with him and tore his uniform.

What followed, Manjit Singh says, he can’t ever forget. “Not just I, my whole family is upset and in fact in shock. We feel embarrassed after the video of the two drunk women assaulting and abusing me has gone viral,” the head constable said.

“I believe the government shows too much laxity when it comes to framing law for crimes involving women accused. They are given too much freedom in the name of rights . The women abused and manhandled me, but the police did not even have the authority to arrest them as the incident took place in the evening. Why such discriminatory laws when women are equal to men in every field?” he said.

“The woman staged a drama by hitting herself with a beer bottle. Blood was oozing out of her neck and even a hand. She was doing all this so that she could claim I had injured her. At least one woman, who is married, should have been jailed to set an example. But they were let off after furnishing a bail bond,” he said.

Commenting on the trend, UT senior superintendent of police (SSP) Eish Singhal said: “Each citizen must respect law, be it a woman or a man.”

What do you have to say Chandigarh. Do share in comments below.

Boozed Up Girls Misbehaved With Police & Tore His Uniform