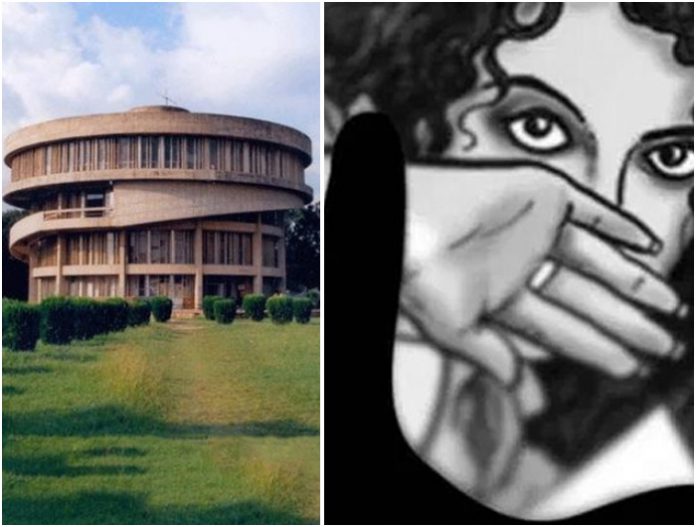 In what can only be described as horror at dawn, a 45-year-old woman journalist was allegedly viciously molested in Panjab University while on her morning walk.

The journalist narrated her horror in The Tribune with the chilling details that would easily break our delightful illusion of ‘safe areas’.

On Monday at around 7.30 am, during her routine morning walk at PU’s Botanical Garden, she sensed being followed. According to her, the man appeared to be in his mid-forties. He silently sneaked up behind her, pounced on her when feeling discomfort she asked him to back off and tried to click his picture. He pressed himself on to her, groped her and entered into a brawl. It continued for fifteen minutes. The brave woman fought her captors’ clutches with all her might and managed to escape, running towards the gate of the garden. Soon, he vanished “into nothingness”. During the attack, she suffered injuries on her face and bruises on her arms.

The woman looked everywhere intending for aid, however found no individual was close enough for her to be heard. In the next instant, he seized her in a close-fitting grip.

The thought of being raped and the news of the Hyderabad and Unnao rape victims made her fight back. She ran her hands on the ground and found a branch. She thrusted it at the molester’s face and scrambled out of his grip to run towards the gate. Seeing two morning walkers, she finally realized she had escaped.

He Had Stalked Her Before, Too

At the Sector 11 police station, she narrated her tale of terror to the officials. The woman told the police that she noticed the man following her two days ago, too.

He had asked her regarding the hostel in which she lived. That day, she had told him that she was faculty and looked back into her mobile to avoid any chat. He had gone that day. On Monday, he was back at the same place and in the same clothes. He pointed towards the cactus enclosure, telling her that some flowers blooming there could be photographed. Then he started walking towards her, which made her uncomfortable. She told him to back off, failing which she would take his picture to be given to the police.

The woman and her husband have registered a complaint at Sector 11 police station. A case was listed under Sections 354 (sexual harassment), 354-A (passing sexually coloured remarks), 354-D (stalking) and 323 (voluntarily causing hurt) of the Indian Penal Code.