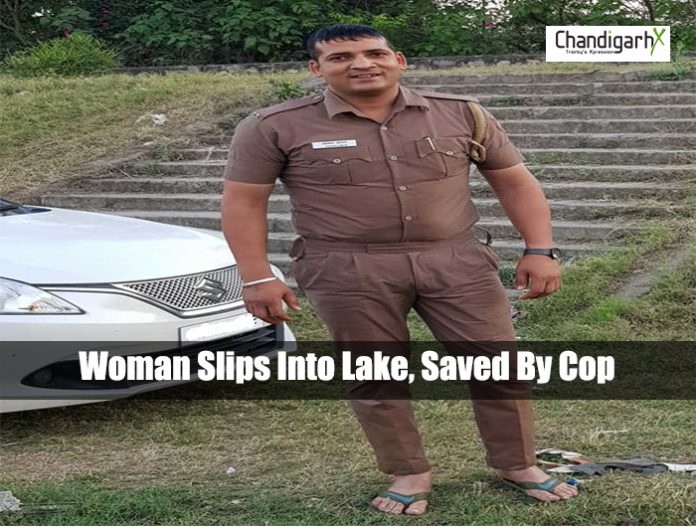 We Care For You

A UT constable saved a 38-year-old woman from drowning at a lake in Dhanas last evening. The police said the victim accidentally fell into the lake.

The police had set up an anti-snatching naka near the lake when people raised the alarm. Constable Sombir Deshwal, also present there, immediately rushed to the lake. He saw a woman drowning. Without wasting time, Sombir jumped into the lake and rescued the woman.

Acting swiftly, another constable, Sunil, rushed the victim to Government Multi-Specialty Hospital, Sector 16 and admitted to the hospital. The police said the woman, Tohida, a resident of Nayagaon, had come to the lake for a walk when she slipped and fell into it.

The police said, “The victim is fine and is discharged from the hospital.” A DDR is been lodged in this connection at the Sector 11 police station.