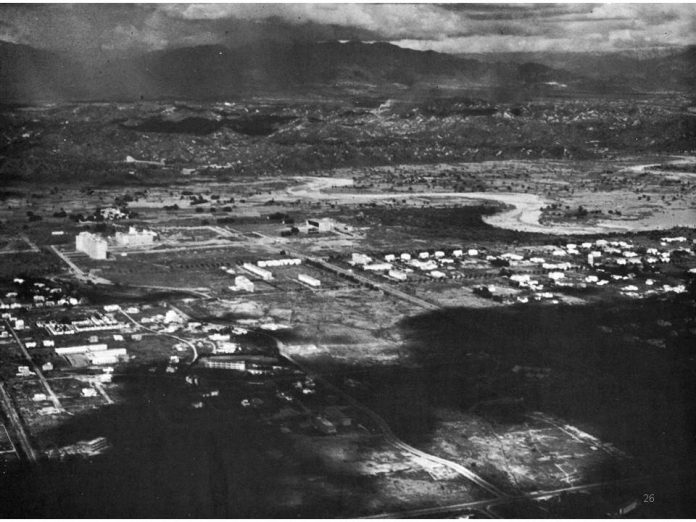 Chandigarh is not just a city. It’s been a journey. A journey of building a capital from the scratch. Unlike any other Indian city, Chandigarh has not evolved as a city naturally, over centuries. It’s been a well-planned voyage. The aesthetically designed buildings, well-planned architecture, beautiful gardens and wide roads, all that we boast of Chandigarh today, is a product of this voyage.

And guess what? We have got our hands on some truly rare photographs, to take you through that journey of putting together this amazing paradise called Chandigarh. Hold your breath, folks.

1. When the ball went rolling!

As we all no, Chandigarh was the first new city to be set-up post independence and was the dream project of first Prime Minister Pt. Jawaharlal Nehru.

The newspaper clipping indicates the initial phase of the execution of the project of the new capital at Chandigarh.

50 lakh is all it took to build Chandigarh, at that time. Fascinating, in fact!

This photograph magnificently depicts how Chandigarh evolved, from any other patch of land to the first planned city of India. Sector 17, which we love so dearly today, looked like this back then.

Sure, we can identify the unvarying facade of those buildings, but what’s that semi-circular structure?

3. The High Court, under construction

See that outstanding architecture, only Le Corbusier could give that to Chandigarh!

4. The Secretariat, under construction

When tradition meets modernity, this is what you get!

This photograph depicts one of the most imposing and striking structure of the city. The Secretariat Building, housed inside the capital complex along with the legislative assembly and High Court Buildings, is a distinguished structure.

Notice what were the kind of construction techniques used at the time!

This is how they did it! Chandigarh is truly being constructed!

The place in the picture is again the under construction building of the Legislative Assembly,  housed inside the Capitol Complex.

The workers seem to be working pretty hard to erect the architectural marvels we get to admire today!

6. Another one of the Secretariat Building

This is another panoramic capture of the magnificent secretariat building. Historic photo of the Secretariat under construction with the agro-pastoral landscape and the mountains beyond.

How could someone build something like this in the India of 1953! Only Corbusier could!

7. So this was what Le Corbusier wrote to Nehru. (click to enlarge, and read!)

Raising a university is no easy task.

When the new city of Chandigarh was decided to be the seat of Panjab University, the task of designing a futuristic, modern campus was endowed upon the swiss architect and Corbusier’s close aid, Pierre Jeanneret. In the picture can be seen the then Prime Minister and visionary of Chandigarh Pt Jawaharlal Nehru with Pierre Jeanneret, Senior Architect inspecting the models of buildings of the university.

9. The last one is for you. Guess this place. Come’on, it’s damn easy guys!

Have you found out?

Much has changed since then, but all for the good!

Now the next time I visit any of these places in Chandigarh, it would no more be the same. These pictures will flash through my mind, and the story of the city being built refreshed. Magnificent, is all I can say!