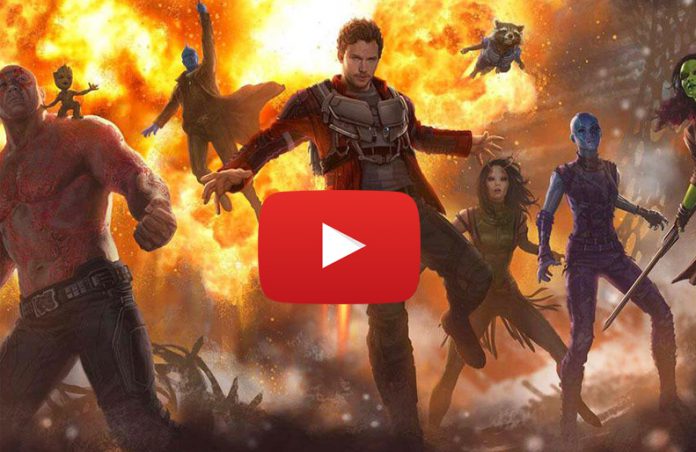 SCROLL DOWN FOR VIDEO

We definitely are a generation of Yo Yo Honey Singh, Badshah, Mika Singh and the very thought old thoughts make us numb and bored. But, do you know there was a period in Bollywood when disco tracks ruled the music charts and literally the MAN OF GOLD, Bappi Lahiri was the undisputed knight of the era.

In the promotional video for the upcoming Marvel movie ‘Guardians of the Galaxy Vol. 2’, the classic ‘Jhoom Jhoom Jhoom Baba’ has been used and the country has gone nuts about it.

The electrifying song is from 1980’s film ‘Kasam Paida Karne Wale Ki‘ in fact goes well with the teaser and we can’t help jhoom along.

The song was released on Thursday.

Guardians of the Galaxy movie needs no introduction. The iconic movie thrilled the world with superheroes saving the galaxy and the sequel is ready to release on May 5 in India in English, Hindi, Tamil and Telugu.

The Guardians of the Galaxy Vol. 2 is written and directed by James Gunn, and stars Chris Pratt, Zoe Saldana and Dave Bautista. It also features the voices of Vin Diesel and Bradley Cooper.