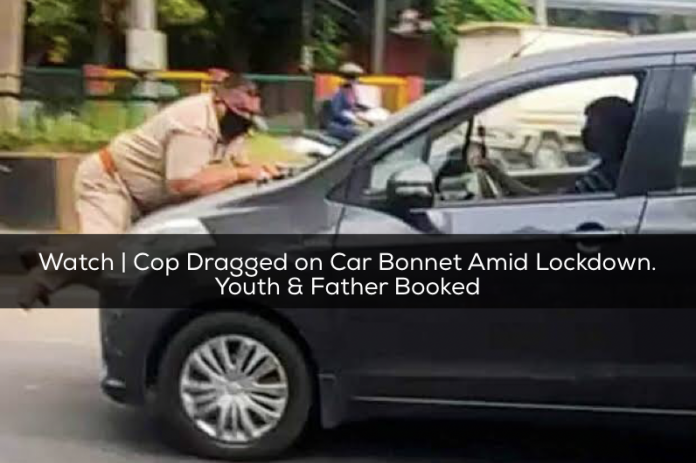 Saturday morning a video surfaced on the internet of a young man driving his car with a police officer dragged on its bonnet. Within hours, it became a sensation.

As more information on this poured in, it became clear it is Jalandhar’s.

A 20-year-old young man, identified as Anmol Mehmi of Nakodar Chowk, allegedly tried to run over his Ertiga car on on-duty assistant sub-inspector (ASI) Mulkh Raj when the officer signalled him to stop his car. It happened at a checkpoint near Milkbar Chowk near Model Town around 8:30am. However, he tried to sped away hitting the cop and dragging him on his car’s bonnet for few meters.

Both the father and son have been booked under Sections 307 (attempt to murder), 353 (assault or criminal force to deter public servant from discharge of duty), 188 (disobedience to order duly promulgated by public servant), 186 (obstructing public servant in discharge of public functions) and 34 (acts done by several persons in furtherance of common intention) of the Indian Penal Code (IPC), sections of the Epidemic Diseases Act and the Disaster Management Act.