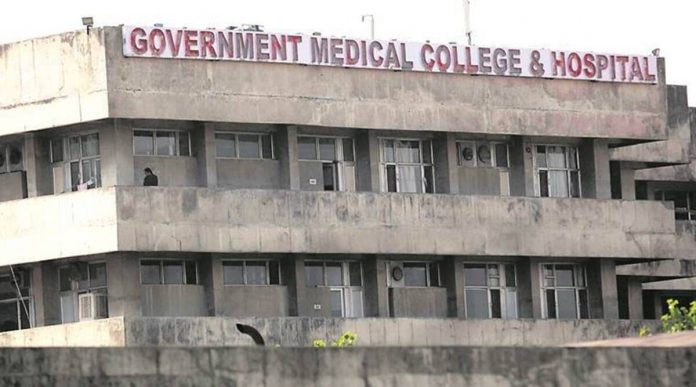 The strike is over the delay in NEET-PG counselling.

The hospital administration said that till the strike continues, only those patients who have have a prior online appointment (through gmch.gov.in) can have physical OPD. Also, telemedicine consultation will continue as before.

“Since junior and senior residents will be on strike, faculty members will be available to provide emergency services to patients,” said Dr Jasbinder Kaur, director-principal, GMCH.

“Earlier, junior resident doctors had suspended their duties, apart from emergency duties, to press for their demand. But now, they are also withdrawing from emergency services. Also, senior resident doctors will join the indefinite protest from Thursday. As a result, GMCH will only provide critical care services to the patients, such as emergency and intensive care unit services. Also, the hospital will continue to provide treatment to Covid-19 patients”, the hospital administration said on Wednesday.

The strike began as part of nation-wide indefinite strike since December 6 to protest against the delay in conducting counselling of NEET-PG 2021. The postgraduate entrance exam for medical colleges were delayed twice since January and was finally held in September. Now, the dispute over revising the income criterion for economically weaker sections has delayed the admissions.

“Over 50,000 doctors are sitting at home and waiting for NEET counselling after completing their MBBS. Also, the doctors in hospitals are overburdened. Court orders should not be delayed now,” said Dr Vinci Priyasha, general secretary, United Resident Doctors’ Association, GMCH.

No effect on PGIMER and GMSH-16

The strike has not affected the PGIMER and Government Multi Specialty Hospital, Sector 16 as latter does not offer postgraduate courses and the PGIMER doesn’t carry out admissions on the basis of NEET.