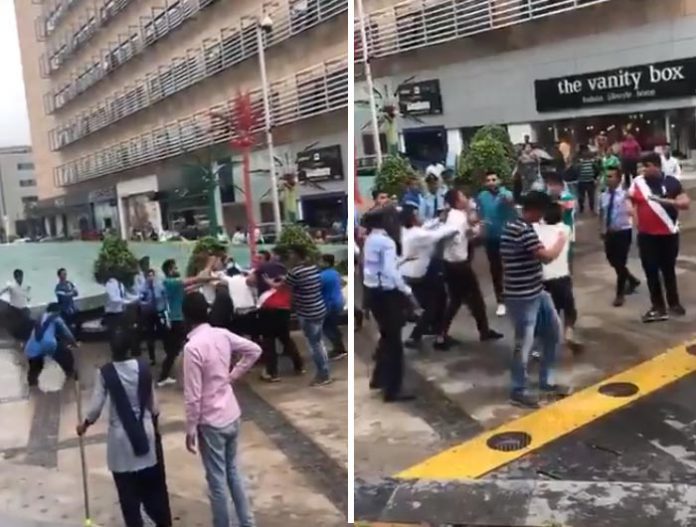 Over valet parking charges, Elante Mall saw a nasty fight between two persons and parking attendants on Monday, a video video of which has gone viral.

According to Police, the two opted for valet parking service. After spending two hours at the mall, the parking attendant asked them to pay Rs 200 for the valet parking. One of them argued that the rate was Rs 150. Both parties entered into heated arguments. A few minutes later, the two started thrashing the parking attendant. When other security guards and attendants tried to intervene, the accused assaulted them too. Some visitors to the mall recorded the incident on their cameras. In the footage, the accused can be seen punching and hitting the parking attendants. One of them also hits an employee with a traffic cone.
Source: ToI
Share on Facebook Share
0
Share on TwitterTweet
0
Send email Mail
0
Total Shares