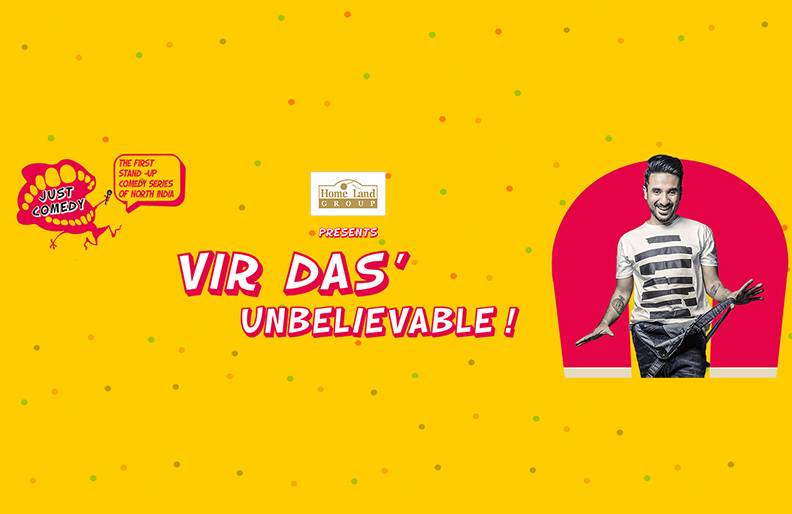 Tricity is all ready to go from chuckling and giggling to unapologetic guffaws. A new platform, Just Comedy, in its first edition is hosting ‘Vir Das Unbelievable‘ which is an exclusive show written and directed by Vir Das. Unlike most of Das’ special, this show features personal stories from his life, revealing a very intimate side of India’s highest selling english comedian. Setting record breaking sales since its conception, The Unbelievable Tour has since been the highest selling individual stand up tour in India.