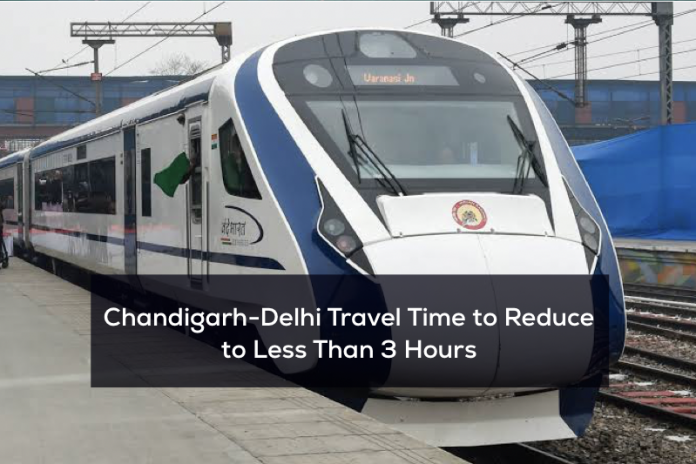 With the flagging off of Vande Bharat Express train in Una, Himachal Pradesh by Prime Minister Narender Modi on Thursday, the travel time between Chandigarh and Delhi will reduce to under three hours.

• The train will ply between Delhi and Amb Andaura (HP) with halts at Una, Sri Anandpur Sahib, Chandigarh and Ambala.

• It will run six days a week from October 19 except Wednesdays.

• It will take around two hours and 50 minutes for a one-way trip, Shatabdi takes three-and-a-half hours for Chandigarh-Delhi trip.

• It will leave Chandigarh at 3.30 pm and halt at Ambala Cantt before reaching Delhi at 6.25 pm. Similarly, it will leave Delhi at 5.50 am and reach Chandigarh at 8.40 am with a brief stopover at Ambala. The train will make a five-minute halt in the UT before leaving for Delhi or Una. At present, it will run at an average speed of 78 km per hour.

• The train has been fitted with reclining seats, CCTV cameras and an automatic fire sensor.