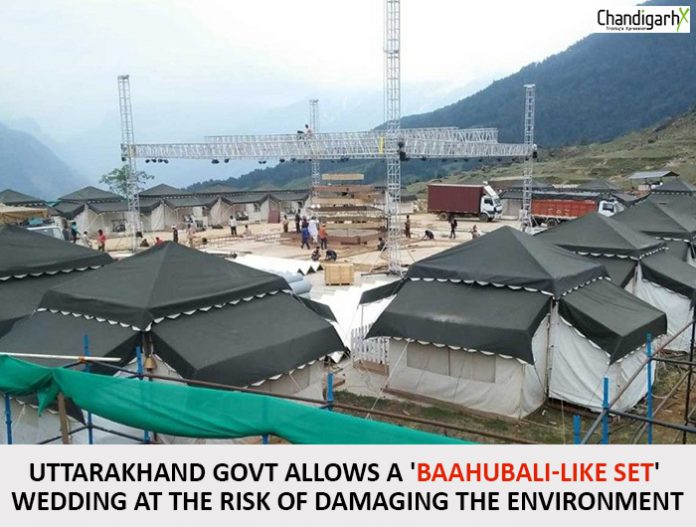 Remember, when Sri Sri Ravi Shankar defied basic ecological laws and held a huge ‘Art of Living’ festival at the banks of river Yamuna in 2016? Yes, we remember it well because the festival destroyed the ecological balance around the river by removing half of the greenery from its banks. How is that relevant now? Well, it’s just to ascertain that influential people really don’t think twice about how the impact of their deeds can eventually come at a heavy price.

The Uttarakhand High Court has questioned the Bhartiya Janta Party (BJP) government in the state on giving absolute clearance to the Gupta brothers to hold the weddings of their sons, in the eco-sensitive zone of Auli, a small town in Uttarakhand.

The Gupta family is a wealthy Indian-born South African family, who have been under scrutiny due to their close ties with Jacob Zuma, during his presidency. The former South African president resigned after he was charged with corruption scandals, in February 2018.

Now, the state is going to witness the wedding of Suryakant, the son of Ajay Gupta scheduled to be held from June 18-20 and Shashank, son of Atul Gupta from June 20-22.

Although the court has asked the Gupta family to deposit INR 3 crore, as security money, for any form of restoration work, if there is environmental damage, there is no amount of money that can completely restore any ecological damage that ensues, in a sensitive area like that.

A PIL has been filed in the Uttarakhand High Court by Rakshit Joshi, stating that a wedding of this scale could generate tonnes of garbage and will definitely cause immense damage to the surrounding environment. The PIL also mentioned that in an earlier order, night stays in the Alpine Meadows was prohibited but unfortunately, with the State government allowing the processions to take place, the order was being violated completely.

Apart from the guest list being in great numbers, temporary helipads have been constructed for almost 200 helicopters to land, carrying guests back and forth, from the Dehradun airport. Flowers worth INR 5 crore have been flown in from Switzerland to decorate the venue and over 100 priests have been called in to officiate the ceremonies (we wonder why). The wedding cards were apparently silver and weighed around 4 kilos each!

Welcome to yet another wedding extravaganza by a rich celebrated Indian family. Apart from keeping the ecological sanctity in mind, we surely hope they’ve made arrangements for the amount of food that will go waste and the noise that will disturb the fragile fabric of the valley. If only INR 3 crore was enough to restore what we’re going to lose in the next few days.

Well, we hope something beneficial comes out of this arrangement and the damage procured is made up for, through restoration.