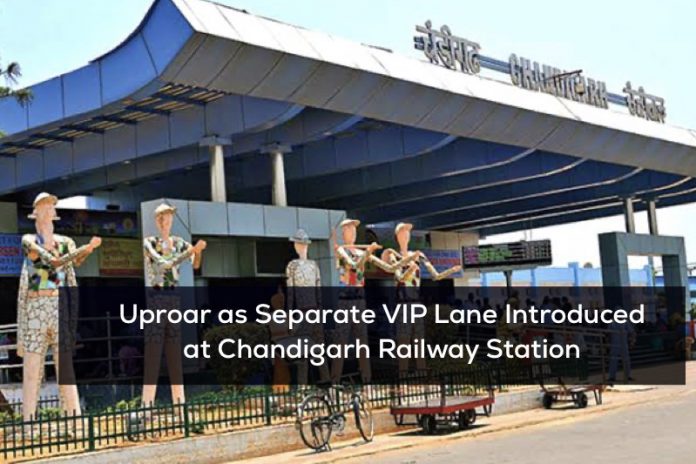 A separate lane has been introduced at the Chandigarh railway station for VIPs despite no written orders on its demarcation.

It has become quite a controversy with Chandigarh Tribune brought it light questioning the promotion of VIP culture at the railway station. The Government Railway Police has introduced the controversial lane with the reasoning of managing traffic and security to VIPs.

Chandigarh GRP SHO Vilayati Saini cited the example of PM’s security breach at Ferozepur district in January this year and said, “If any VIP comes to my area of jurisdiction, I am obliged to give the dignitary special treatment.”

Now, the lane is open to public throughout the day and made operational only during VIP movement.