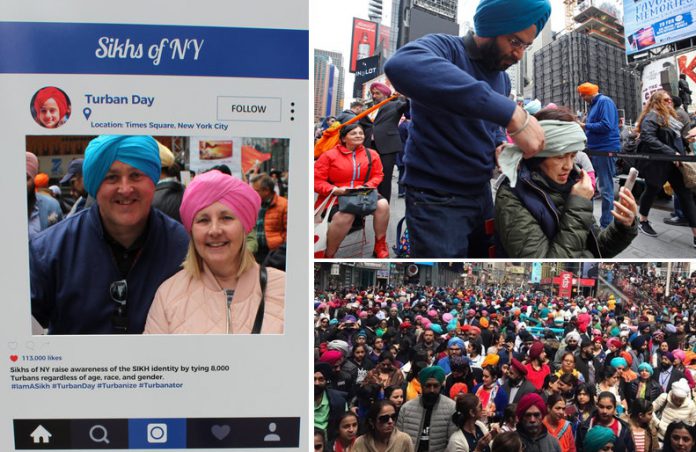 April 15, 2017 saw the iconic Times Square in New York soaked in vibrancy of Sikhism’s noble principles. A non Profit Organisation Sikhs of New York celebrated ‘Turban Day’ with a sole aim to clear the clouds of doubts and misconceptions about Sikhism.

More than 500 Sikh volunteers gathered in New York City’s Times Square and tied turbans to more than 8,000 Yankees and tourists of diverse origin and ethnicity and made them aware about the Sikh identity and the importance of turban in the religion. This was done amidst a spike in hate crimes against them in the country.

About the Sikhs of New York

The non profit organisation was born as a college student club at Baruch College. A spirited young man, Chanpreet Singh, the founder, has been holding the event since past five years with the solitary intention to make people aware of Sikh religion and its distinctive identity worn by Sikh people as their turbans. It works towards demystifying the religion and share the noble principles of peace, justice and faith. It works towards the mission with equal pride and humility.