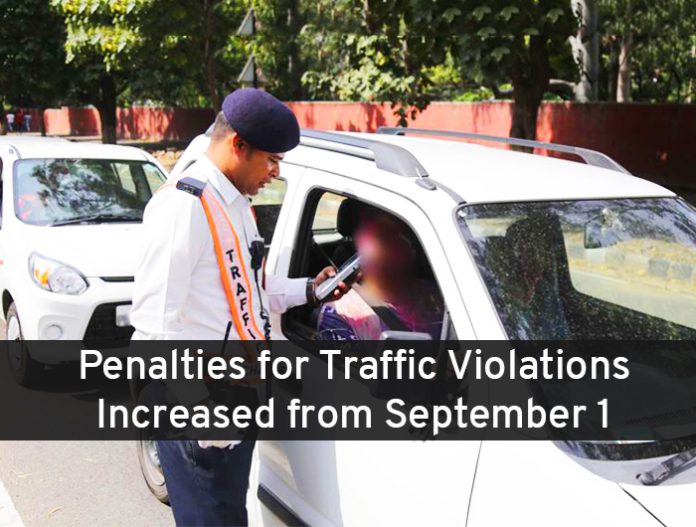 The Motor Vehicles (Amendment) Act, 2019 with 63 clauses is coming into force from September 1. To implement strict provisions for traffic violations, the penalty for various offences has been increased manifold.

Now, get ready to pay more in case of drunken driving, driving without helmet, driving without seat belts, overloading and underage driving. A notification from MHA has been forwarded to the State Transport Authority (STA) and traffic police by Dr. Ajay Kumar Singla, UT Transport Secretary. It is regarding the implementation of the new policy from September 1.

Amendments To The Act

As per the spokesperson of Chandigarh Police, Inspector Pardeep Sharma, the least fine would be Rs 1,000 for a traffic violation now. This was earlier Rs 300.

The Motor Vehicles (Amendment) Act, 2019 consists of a total of 89 clauses. Out of them, 63 clauses will be implemented from September 1. These provisions relate to transport policy, registration of vehicles, driving license, and penalties.

For everyone over four years of age riding on a two-wheeler, the helmet has been made mandatory.

In case of a juvenile is caught for underage driving, the minor driver will be tried under the Juvenile Justice (Care and Protection of Children) Act. Along with a huge fine and penalty (as stated in the table above), registration of the vehicle will be cancelled. After one year, a fresh application for registration can be submitted.