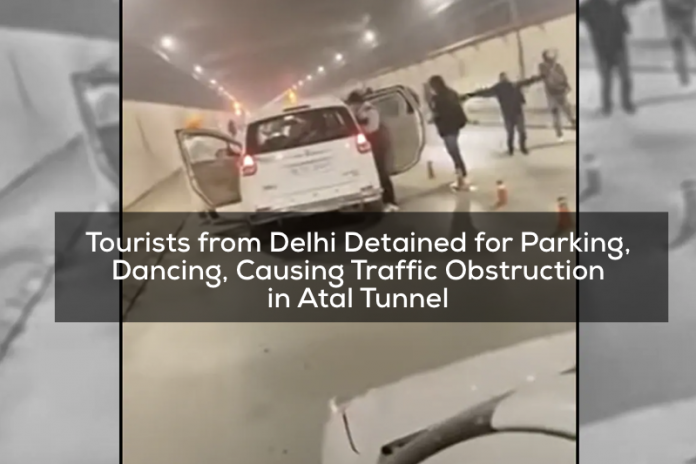 The recent spike in tourists in Manali has become a headache for the locals and administration. The locals have blamed them not observing Covid appropriate behaviour – wearing masks and practising social distancing.

Last week, seven tourists from Delhi, mostly in their twenties, have been detained as they had parked their three cars in the newly-opened Atal Tunnel (a new tourist attraction where parking a vehicle is an offence), and started clicking pictures, recording videos and dancing on loud music causing huge traffic jam. They have been charged under several sections of the Indian Penal Code and also for spreading infection.

The 9.2-km horseshoe-shaped single-tube, two-lane Atal Tunnel, was inaugurated on October 3 by Prime Minister Narendra Modi. The engineering marvel has shortened the distance between Manali and Keylong, the headquarters of Lahaul-Spiti, by 46 kms, reducing the travel time by nearly three hours.

The tunnel has also ensured all-weather connectivity to the landlocked Lahaul Valley. Earlier Rohtang pass was the only connectivity and owing to heavy snowfall is closed for four to five of winter months.