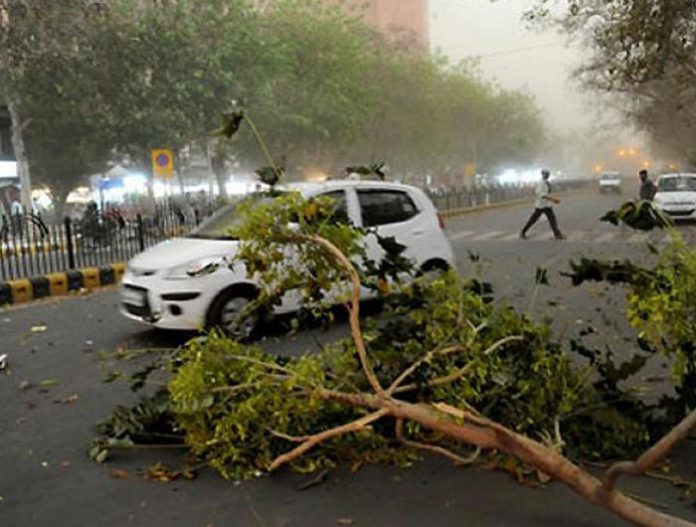 The freaky weather in the last week has created much nuisance. The fast blowing gusty winds, the thunderstorm, squalls – everything has caused much disturbance which even the pleasant weather that followed couldn’t becalm. The sad news is that the frenziness in the weather is going to continue for next two days too.

The weather department has predicted thunderstorm and rain on May 7 and May 8 and sounded high alert. In the wake of the same, the Haryana government announced two-day school closure throughout the state.

All private and government schools in Panchkula will remain closed on May 7 and May 8.

The Panchkula administration has also issued advisory to the residents to take necessary steps to save themselves from the strong winds and rain which is expected. Panchkula Deputy Commissioner (DC) Mukul Kumar has requested residents:

Chances of getting loss of life/wealth through thunderstorm and rain can happen in this weather.

Panchkula DC Mukul Kumar said, “Haryana weather department has issued a high alert for two days and they will give the exact updates of three hours in advance before any major alert and we will keep on informing about the weather and their alerts. Citizens don’t need to get afraid. Disaster management team has also given instructions to get ready. 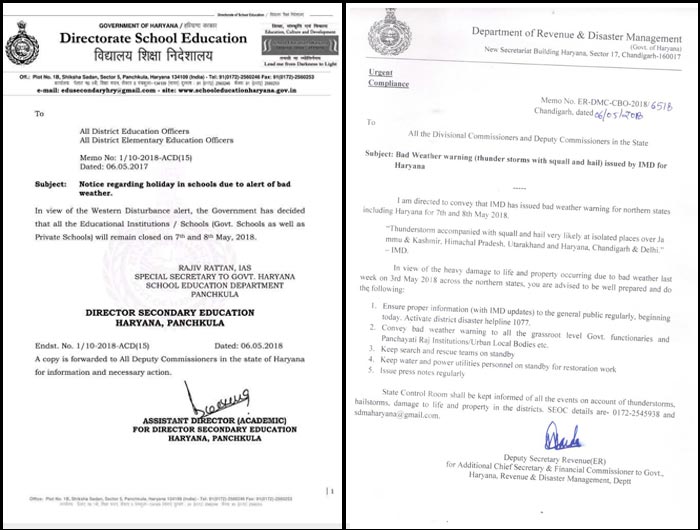 No schools after 12 noon in Chandigarh

In the wake of the thunderstorm alert, UT Administrator VP Singh Badnore has ordered closure of schools in the UT Chandigarh after 12 noon on May 7. He has asked the school and college managements to be cautious.

Thunderstorms expected in 13 states and 2 UTs

Meanwhile, PTI quoted the Home Ministry as saying that thunderstorms accompanied by squall, hail and heavy rains are likely to occur in at least 13 states and two Union Territories across the country on Monday.

Places where weather is predicted to turn bad are:

– Dust storm and thunderstorm are also likely at isolated places in West Rajasthan.

At least 124 people were killed and more than 300 others were injured in five states due to dust storms, thunderstorms and lightning last week.

Source: Times of India, The Tribune