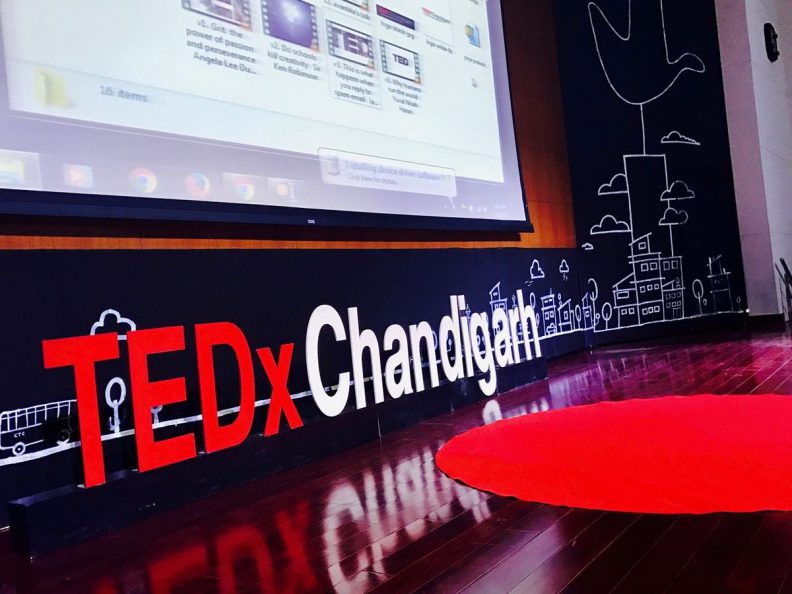 Sunday, the 15th day of a new year 2017, has become a historical day for not only Chandigarh, but the whole region. The region which has always proudly boasted about its lavish lifestyle, funky fashion and foot-tapping music now has something more productive, intellectual to dream, think and talk about. People here have TEDx to itself – TEDx Chandigarh!

I had the privilege of attending the wonderful event in person and I must tell you that the perception of the region is going to the changed. As a literary person myself, it always used to pain me to be reduced to the stereotypical Punjabi perception of ‘all fun and no brains’, but thanks to the perseverance of the curators Mr. Simarpreet Singh and Ms. Pritika Mehta and the whole TEDx Chandigarh team, for one whole day Chandigarh and places around were talking about new ideas, new dreams, new aspirations and new inspirations, and definitely it is not going to be just one-day affair. When 15 amazing personalities from all walks of life gather at one podium to share their inspiring stories, the ‘intellectual spark’, that the visionary curator Simarpreet fondly talks about, has been ignited.

It takes a lot of courage to open your heart before someone, and the speakers shared their struggles, their hardships, their tears and their ultimate victories with more than 700 people in front of them and to the world on camera. Everybody could relate to one story or the other and most of the attendees were equally choked as the speakers, but ultimately smiled at their victories. There was not one speaker who did not receive a standing ovation.

If you have missed being there, I’ll take you directly to the TEDx Chandigarh.

There could not be a better host to the coveted TEDx than the majestic ISB Mohali Campus. The grandeur of the place matched perfectly with the prestigious TEDx. The weather forecast said that it would rain, but fortunately it didn’t and Chandigarh had the most pleasant morning on Sunday. The TEDx Chandigarh team was proudly donned in black hoodie with TEDx Chandigarh imprinted on it with their names on it. The energy, the enthusiasm and the zeal, it reflected equally on the attendees faces. The registration counter greeted with the biggest smile and filled us all with their zeal, if we had any less than them.

When the auditorium doors finally opened, people occupied their seats and I must tell you that people still poured in even when there were no seats left. Sitting on the stairs, occupying the aisle, nothing embarrassed them that day. It was just the inexplicable energy that filled the auditorium.

The Curators of TEDx Chandigarh were the host of the day and did an incredible job in keeping the gusto up throughout the day.

Paras Loomba – ‘The Man who Brightened the Himalayas’

“Leadership is the response to challenge”. 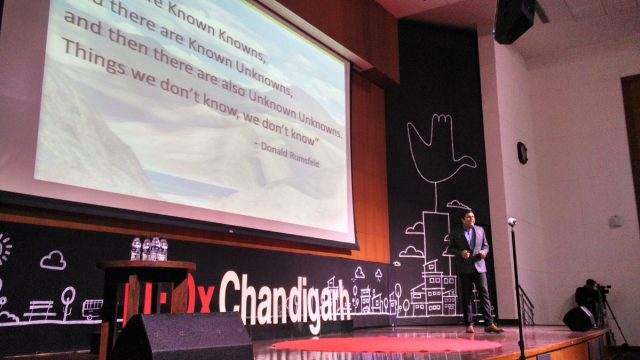 “When you don’t have the luxury of time, what comes to your mind is, was I relevant to them, not if they were relevant to me.” 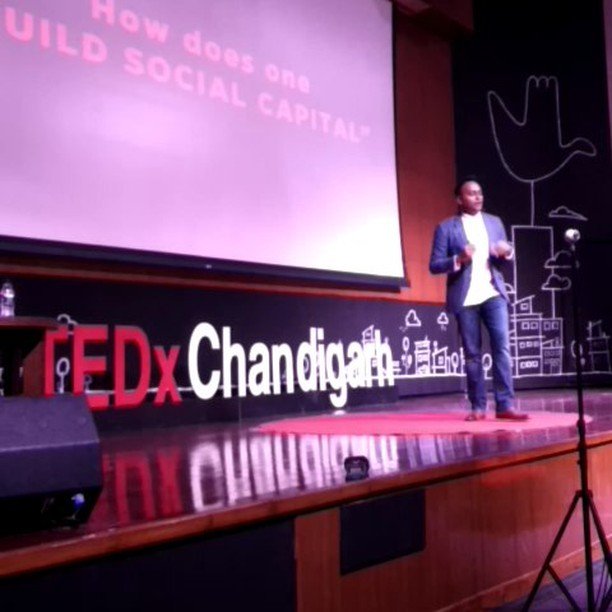 “Travel and meet people. Don’t let the fear of the unknown stop you.” 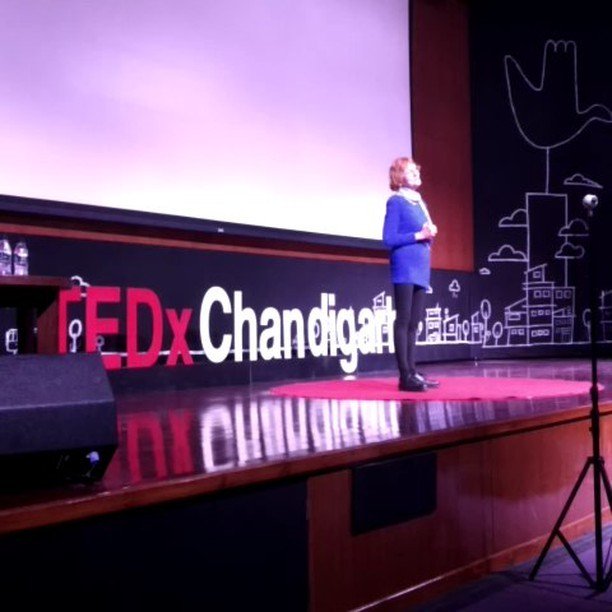 “Be completely honest with yourself.” 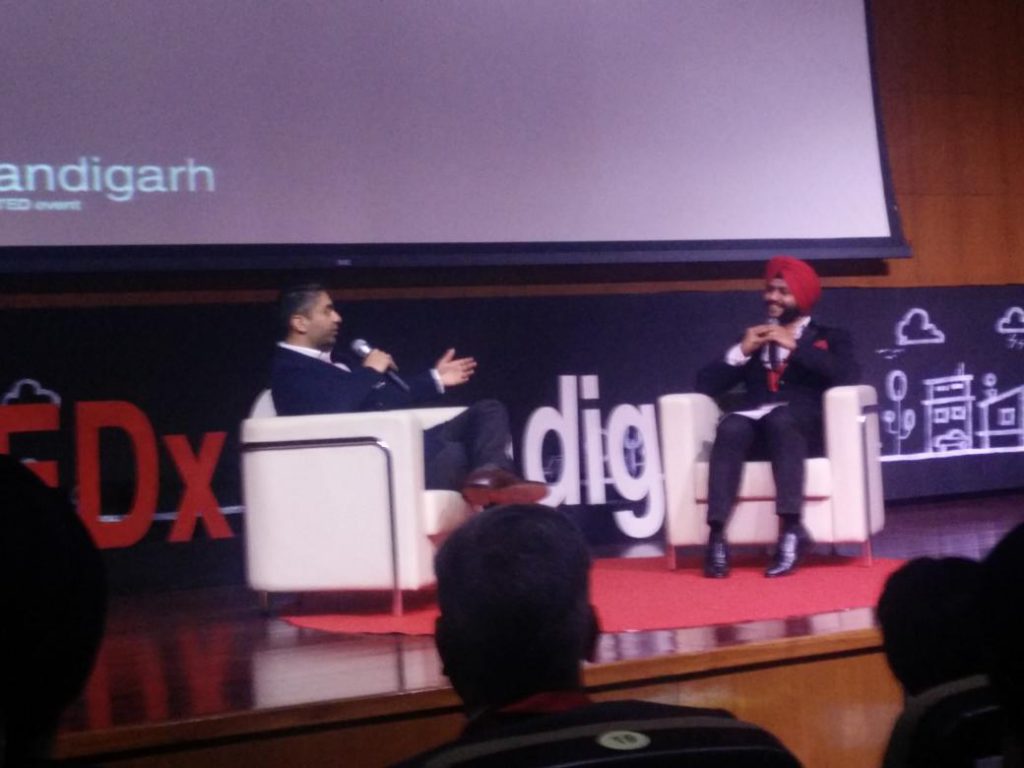 “Genius is in-born in every child.” 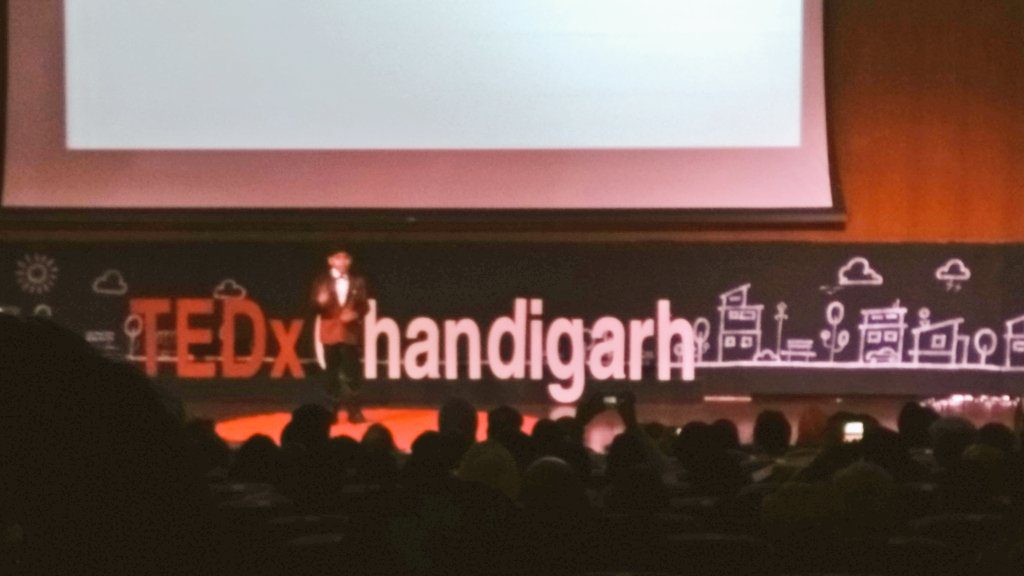 Sameer Guglani – The Power of Intuition 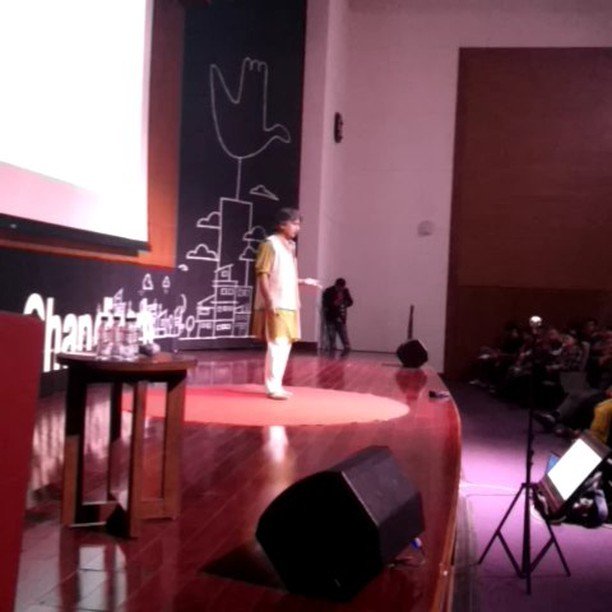 “I was born as the Black Sheep of the family.” 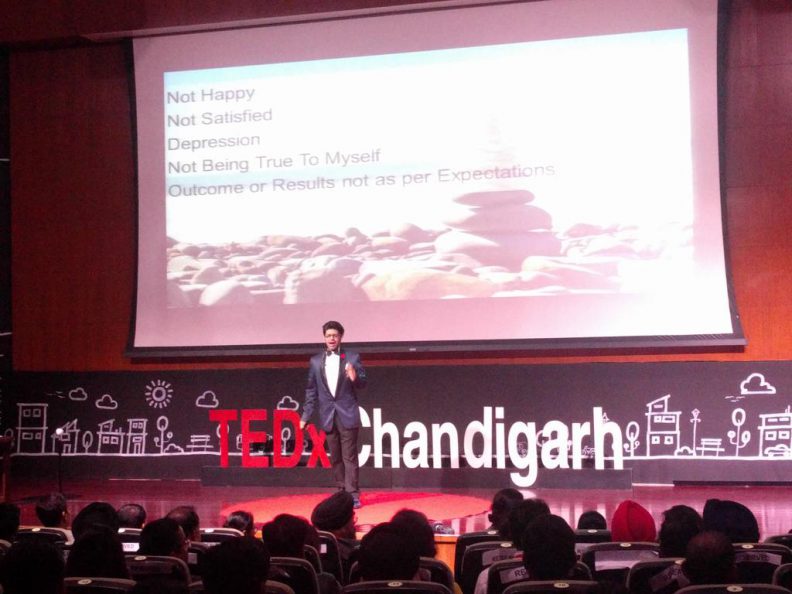 “We cannot serve humanity until we have a clean heart.” 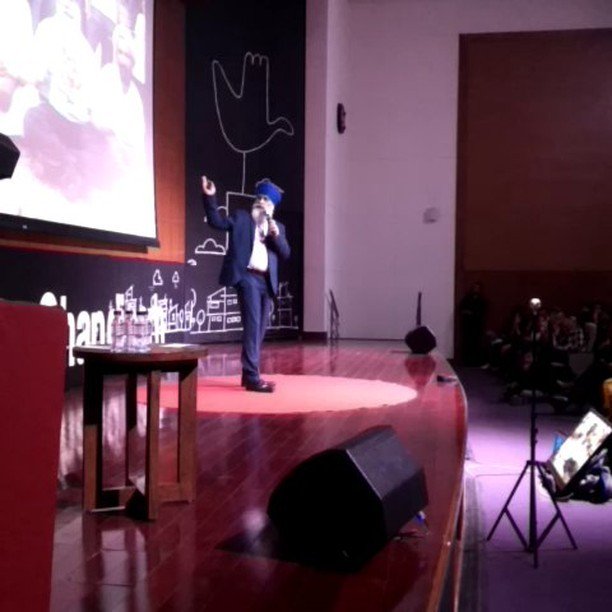 “Our perception is the biggest enemy.” 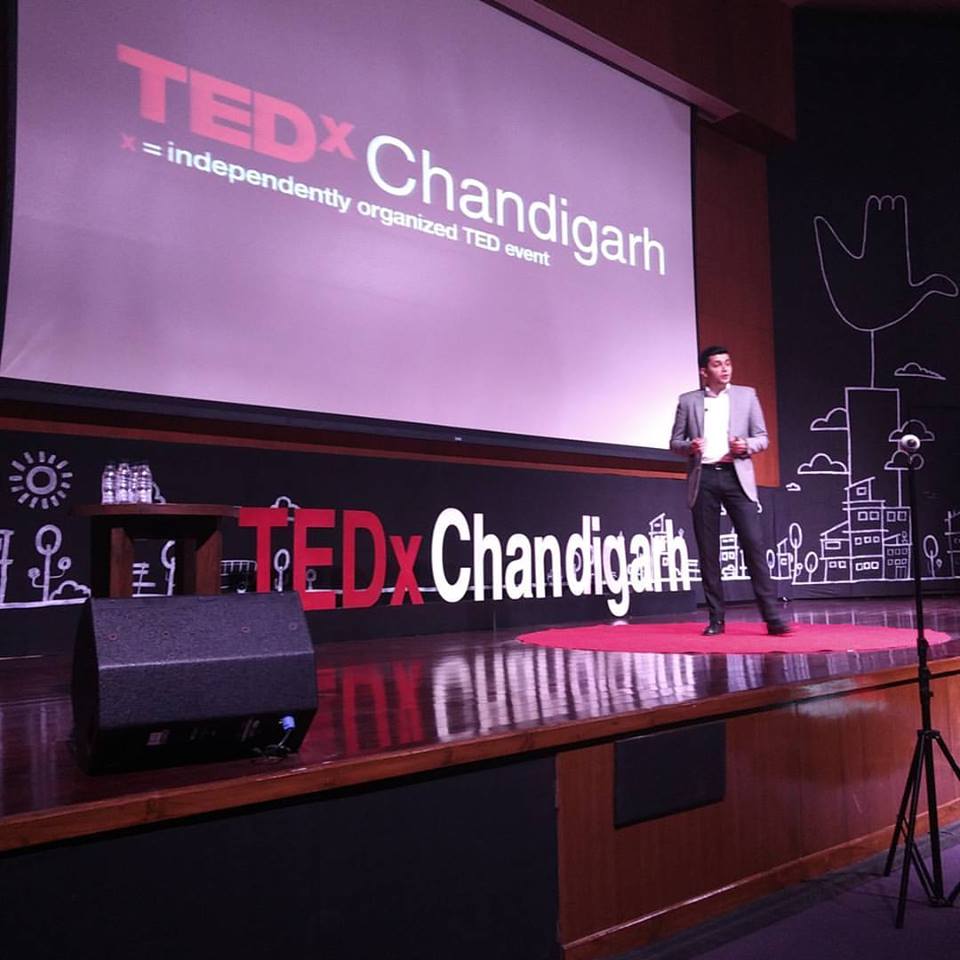 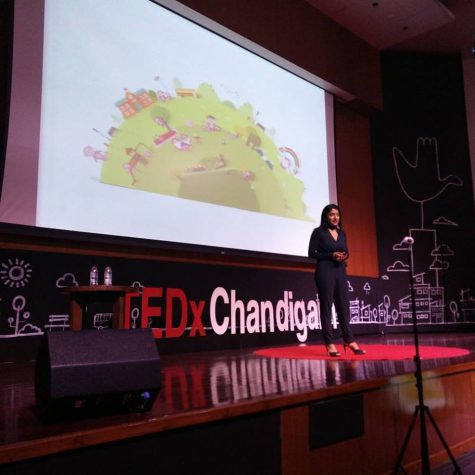 Rubina Singh- The Art of Punning

“What’s the best place to get drinks in Spain? Bar-ce-lo-na.” 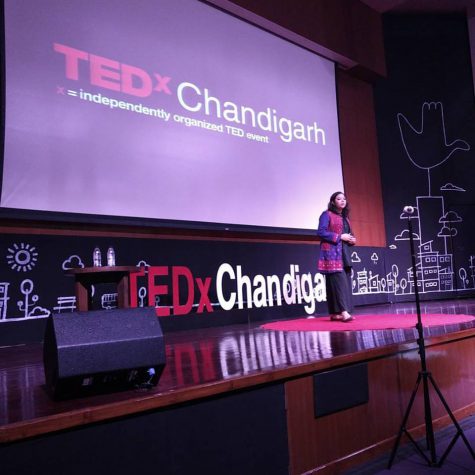 Avantika Daing- The Art of Juggling 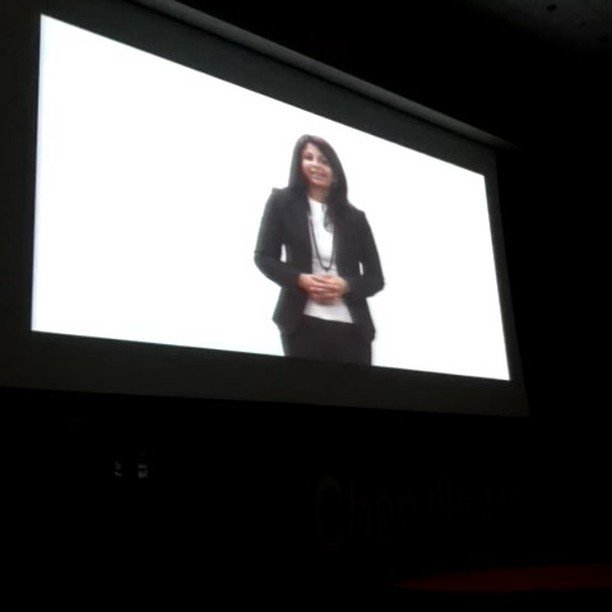 “Darkness is the best background to illuminate” 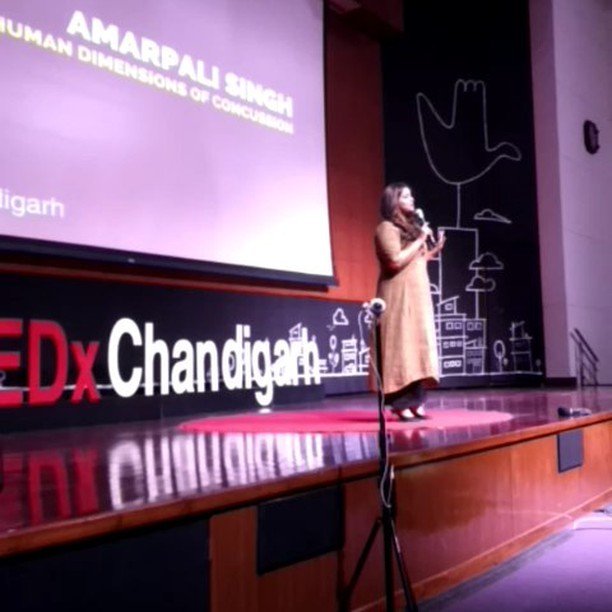 Not just the inspiring stories, TEDx Chandigarh had music and dance to flow in the positivity. Jashkshan “Go with the Flow” had everybody in the auditorium on their feet dancing on her tunes. 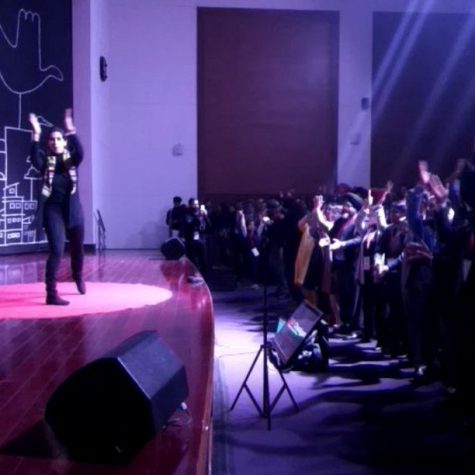 and Jaspreet and Harshit with their mesmerising music. 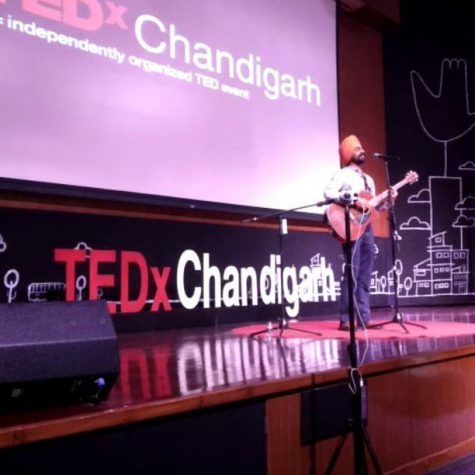 In its maiden event, TEDx Chandigarh has truly become the bearer of the proverbial ‘intellectual revolution’ in the region.

ChandigarhX express its deepest gratitude to the curators and the team of TEDx Chandigarh for bringing TEDx here. Our best wishes to your future endeavors.

Wrapping up with the TEDx Chandigarh in pictures. Hope you all enjoy.

RELATED: TEDx Chandigarh-With a Mission to Ignite the Intellectual Revolution in the Region