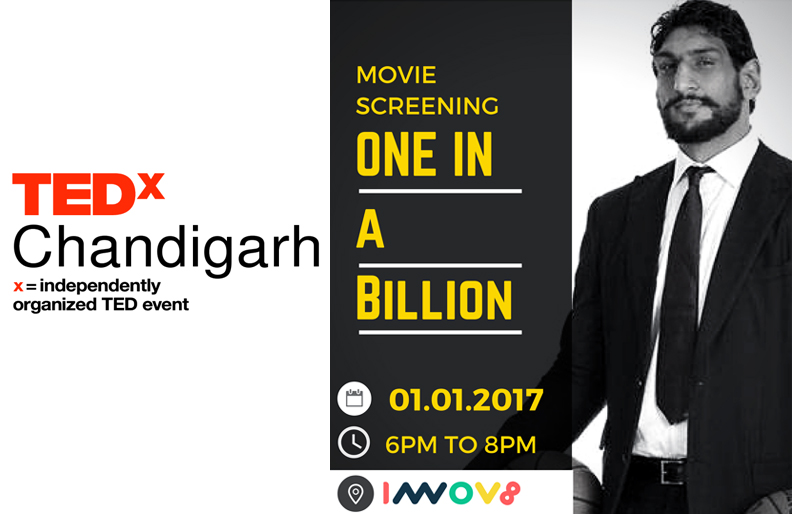 An idea can change the world.

You must have heard this quote more often than not, but a platform that is an explicit example of the same is TED. The coveted podium graced by the great visionaries of the world who with their resolve and conviction changed the course of world history, it’s officially licensed Chandigarh chapter, TEDx Chandigarh, is all braced up for its maiden event to stir tricity to achieve wonders.

Though the event is scheduled on January 15, 2017, TEDx Chandigarh is holding a series of pre-events where the  real life heroes share their inspiring stories. And, what can be a better host to these pre-events than the dynamic and radiant Innov8 Campus in Industrial Area-1, Chandigarh!

“Understand the WHYs and then Dream Away to Glories.”

On December 26, 2016, Mandy Takhar a known face in Punjabi Film Industry showed a little known side of her personality. She is not just a gorgeous face, but a personification of Carpe Diem – Seize the Day. An actress, an activist and a humanitarian, she wears all these hats and that too at the same time. She is unapologetically vibrant, witty and so full of life.

If you are looking for an inspiring journey to kickstart your new year, a kick to reach the pinnacle of glory, this is the event that you cannot miss.

A sole Indian to get drafted in the prestigious NBA, Satnam Singh Bhamara, is a sterling story of dreams and persistence, conviction and never-say-die attitude.

Be there for a LIVE interaction with the man himself and exclusive screening of his documentary ‘One in a Billion’ by Netflix.

Stay tuned for information on more to come!